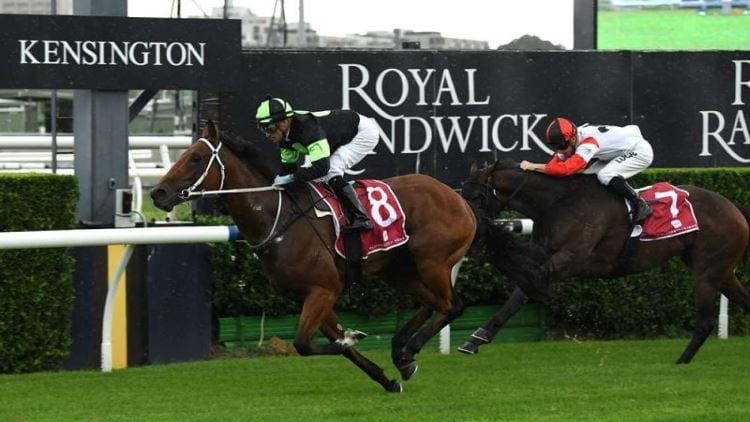 We have expert betting tips for the card this Wednesday at Randwick that features eight quality betting races.

It’s New Year’s Day and what better way to celebrate than with some quality racing action out of Sydney.

Randwick hosts the card and we have our best value bets across the day.

James Cummings lines up the two-year-old filly that has some solid trial form coming into this.

The daughter of Kermadec finished a close second in her first trial at Hawkesbury before running second behind a smart one at Randwick.

She meets an even field for her debut and it’s good to see Hugh Bowman in the saddle. That could make the difference here.

She’s Ideel makes the rise in class after running second at Hawkesbury last start but she looks capable of handling it.

Trained by Bjorn Baker, the daughter of Dundeel was only a nose from the winner and she’s going to enjoy the rise in distance.

Her only career win came over 1600m and that bodes well for a good run here.

Punters should be getting each-way odds for the talented mare.

We are sticking with Tracy May in the hopes she breaks maiden grades soon.

The Chris Waller-trained filly has finished third in three of her four career starts to date and should break through soon.

The well-bred daughter of Redoute’s Choice has been facing some good maiden fields and this is no harder.

That could swing the advantage in her favour and punters should be getting each-way odds from bookmakers.

Feather is taking a little time to win her second start but she hasn’t been far away in recent runs.

The Hawkes-trained five-year-old scored a win at Kembla Grange in September 2018 and has since run six times.

She hasn’t finished worse than fifth in all six starts, which includes consecutive second placings at Pakenham and Sandown.

Feather was making good ground last time out at Canterbury and that bodes well for a good run here.

John O’Shea lines up the four-year-old mare that is coming off a solid fourth placing at Randwick.

She had won her previous three starts prior to that run and anything close to that form would see her run well here.

Her best performance came when scoring at Newcastle on December 1 and she could start January off on the right note as well.

Billy Owen rides off the inside barrier and that’s going to bring her right into contention.

Sulking was beaten last time out at Warwick Farm but we’re expecting that to be a good form race for the future.

The Hawkes-trained filly by Snitzel finished 2.5 lengths behind Fituese last start and she has since been well-favoured to win a much stronger race.

Her debut win came by 2.8 lengths at Toowoomba and although this is harder, she clearly has plenty of ability.

She draws the inside barrier and gets in with only 55kg on her back.

Voila looks set to run a big race after consecutive third placings this campaign. The Waller-trained mare ran two good races at Randwick and another start on this track is ideal.

Although she’s only a three-time winner, she has always been around the money throughout her career and this isn’t an overly hard field to beat.

Chris Waller lines up another capable type and Zouologist is a runner which has always shown good ability.

The four-year-old gelding by Zoustar is coming off a game second placing at Randwick and he should be ready to strike after three runs this preparation.

It’s another good ride for Hugh Bowman and he won’t have to do much work from barrier four.