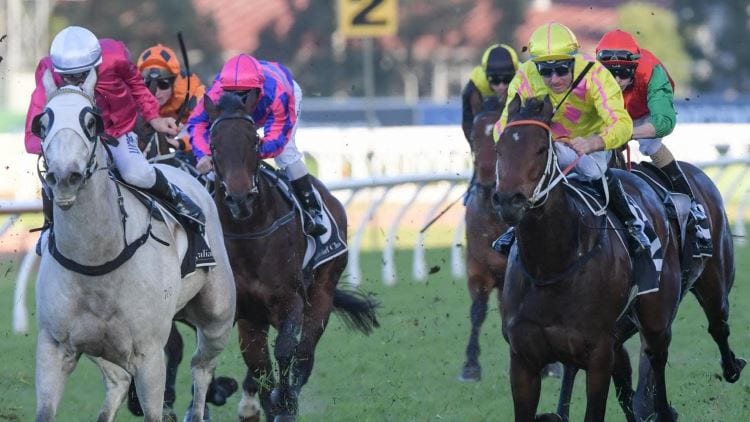 The Carrington Stakes takes centre stage at Randwick this Saturday. We have tips for the feature and the eight-race undercard.

It should be a great summers day on the punt.

Rulership could make a winning debut after looking good at the trials to prepare for this run.

It’s good to see Hugh Bowman in the saddle and he’s going to be tough to beat. However, it could pay to watch the late betting moves.

Mr Wong scored a win fresh up last campaign and he could do the same this time around.

The four-year-old gelding promised to kick on with it following that win but he didn’t get much luck in several runs since.

He’s a noted fresh runner that only needs a good pace up front to show off his superior turn-of-foot.

Chance with Bowman on his back.

The Nick Olive-trained gelding is coming off a win at Corowa and he showed good tactical pace throughout.

He scored by 1.5 lengths after leading throughout and if he leads again he could be tough to stop.

Jason Collett takes the ride with only 54.5kg on his back and that bodes well for another winning run.

Chris Waller lines up the five-year-old gelding that scored narrowly at Randwick and could make it a winning double.

A five-year-old son of Redoute’s Choice, Dabiyr is only going to improve with more distance and rising to the 2000m is ideal.

He has performed well over this distance in the past and it’s another quality ride for Hugh Bowman, who could have a big day.

The import has been scratched twice since arriving in Australia but he could be strike against a harder field here.

He’s a son of Henrythenavigor that won over longer distances in Europe. However, his recent trial was quality and he could hit the ground running in Australia.

Carrying only 52kg on his back is his best attribute and that could make all the difference in the run to the line.

Helga returned to winning form when scoring by 1.3 lengths last start and she’s maturing into a nice type.

Trained by Les Bridge, the four-year-old won well at Randwick, which was her fourth win from only 14 starts. It’s a nice record and she has plenty of room for improvement.

Carrying the big weight isn’t ideal but punters should be getting each-way odds for the risk.

Albumin wins when least expected and that could be the situation facing punters this Saturday.

The Gerald Ryan-trained five-year-old is coming off a sixth at Randwick but the bigger fields have always suited him better.

Dropping to 53kg is ideal and if he gets a good run in transit, he has the power to finish over the top of them.

Sir Elton won his first three starts by a combined margin of 7.5 lengths. He then ran third at Randwick but he was beaten by Haut Brion Her.

That form has since stacked up beautifully and he looks to be a runner with plenty of class.

He has won two trials to prepare for this, with those coming at Newcastle and Wyong. It bodes well for a big effort fresh up.

Drawing wide in barrier 13 isn’t going to help Superium’s chances, but he’s too good to leave out.

The Joe Pride-trained gelding has performed in good form races this season, with form around the likes of Embracer and Just Thinkin’.

That’s much better form than his opposition has here and he should be able to take advantage of.

The wide draw should ensure punters get good odds.