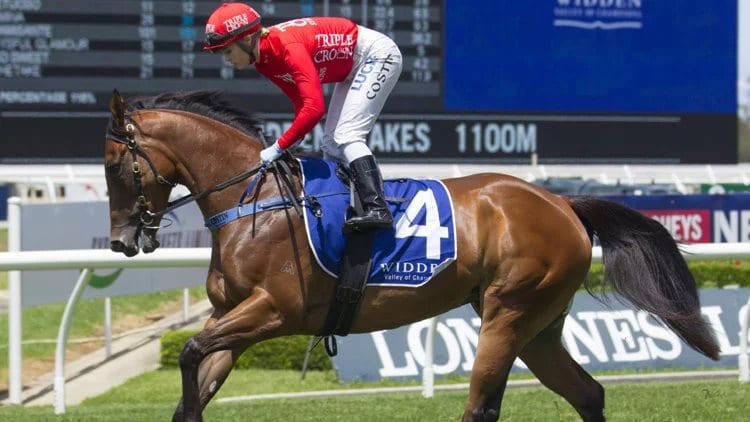 The winter season has rolled around in Sydney, with the track likely to be in the soft/heavy range. That doesn’t deter from the good betting fields on offer, however.

Chris Waller lines up the debut winner which was quickly spelled following that success. It came in February when he scored by a narrow margin at Rosehill.

It was a good performance to beat the field of 12 and his trial form since has included two placings at Rosehill and Randwick.

This is a hot field but he should represent value and it could pay to follow any strong betting moves.

He ran fifth behind Sylvia’s Mother at Randwick and that has been touted as a group type. He then ran fifth at Warwick Farm before winning at Tamworth by a half-length last start.

That’s the best form coming into this and he’s going to get every chance off an inside barrier with Blake Shinn in the saddle.

Sir Elton has impressed winning both career starts to date and he could make the rise in class here. The Adam Duggan-trained gelding has scored both wins by more than 2.5 lengths.

That’s going to bode well for this and given that he defeated the talented Lashes by three lengths last start, he’s going to be awfully tough to hold out here.

Hugh Bowman returns from a holiday to take the ride and that’s always a good sign.

The four-year-old gelding has been knocking on the door this season and deserves to break through here.

He’s a three-time winner from 16 starts which has placed twice at Randwick coming into this and he didn’t have much luck in running.

His run for second behind Quackerjack has been franked nicely and we’re expecting another good effort at each-way odds.

Raqeeq is one of the unluckier runners going around this season but he’s always a winning chance.

The Waller-trained stayer has been right around the mark of late, which includes a third placing at Randwick which was backed up with a second placing at Warwick Farm.

Punters will need to take him on trust as he’s only a three-time winner, but he could be worth including at the odds.

The former New Zealand runner as been expensive since arriving in Australia but that was a nice effort last start and he could continue to improve.

He’s a son of Pluck which has two wins on a heavy track and despite drawing wide, he gets some weight off his back and that’s going to help.

This isn’t an overly strong field and he could land some well-placed bets.

It’s tough to overlook that last-start effort at Randwick where she made up huge ground to run second behind Spiritual Pursuit.

The three-year-old filly has form around the likes of Wagner, Multaja and Baller this season, which bodes well for this.

She also scored a quality win at Warwick Farm when beating Ronstar and she clearly handles any moisture in the surface.

The Kiwi runner was a tough winner at his first Australian start and that form should stack up nicely this winter.

He’s a four-year-old gelding which handles the heavy conditions best at Randwick and there’s plenty of confidence with connections.

That made it three consecutive wins and we’re confident he can run another solid race.

This is a tough race but Misteed comes into it with winning form and every chance of winning again.

The Peter and Paul Snowden-trained filly scored her second career win last start and it was overdue. She has always shown good ability and with a light weight on her back here, she should handle the rise in grade.

Brock Ryan takes some weight off her back.