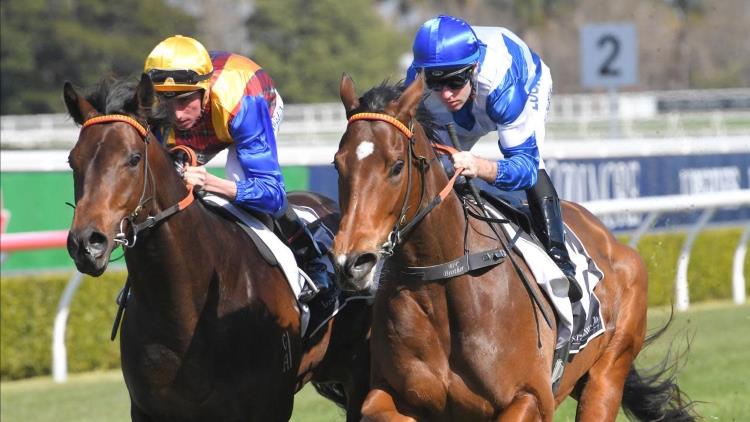 Group 1 action continues with the Optic White Stakes and there’s also the Tea Rose, The Shorts and many more top races for punters to enjoy.

Conditions will be wet, but we won’t let that put a dampener on the meeting.

The four-year-old gelding was a winner on debut at Wagga by almost two lengths before winning again at Canberra.

He made steady headway in the straight last start and although beaten, he has since been prepared with a trial win at Moruya. That bodes well for this.

Murillo could offer punters with some each-way value. The Snowden-trained runner has only one win from 10 starts, but has threatened to win more.

He’s a five-year-old which ran third behind Baller last start and that form should stack up nicely in this grade.

He has had trials on rain-affected ground and run well, so consider his chances in what is a wide-open field.

Chris Waller lines up the talented four-year-old which just needs to get some confidence back.

She’s a well-regarded mare which has two wins and two placings from nine starts. Her most recent run came at Randwick when slightly disappointing in sixth, but she might have needed the run.

Getting the inside draw and staying down in the weights at 54kg makes her a winning threat.

Having Kerrin McEvoy in the saddle isn’t a negative either.

Anthony Cummings lines up the talented filly which has won four of her five starts and looked good in doing so.

The daughter of I Am Invincible scored a gritty win at Randwick last start and although she didn’t win as convincingly as many had predicted, it was still a good effort.

She’s clearly the most impressive horse in this field, but the worry is the track condition. The heavy surface could hinder her sprint, but we’re still confident of her chances.

James Cummings lines up the French import which ran a big race from the back of the field in his Australian debut.

The five-year-old by New Approach finished fifth behind Deprive but he was making up huge ground late. That’s a good sign for the spring and the extra distance is ideal here.

He scored consecutive wins in France on a rain-affected track, so the heavy conditions shouldn’t hurt and we’re confident he can run well.

$3.90 is on the shorter side of value but still work taking.

That was an eye-catching performance from Pierata last start and he’s capable of going one better here.

The Greg Hickman-trained sprinter has finished in the money in 15 of his 20 career starts and that consistency has rewarded punters throughout his career.

He ran some slick sectionals last time out and he made ground from the back when very few horses did the same that day.

Tough field in The Shorts, but he’s a definite value option.

Come Play With Me produced a big run to finish second last start and the former Perth runner has a nice future.

Now with Chris Waller, the 12-time winner stuck on gamely behind Wu Gok, which has subsequently won again at Newcastle.

It’s strong form for this race and he’s only going to get better with more racing under the Waller banner.

Handles the wet and should be tough to hold out.

The Bjorn Baker stable is firing at present and his five-year-old could add another win to the record.

He ran well for second behind Sweet Deal last start and that form should line up nicely.