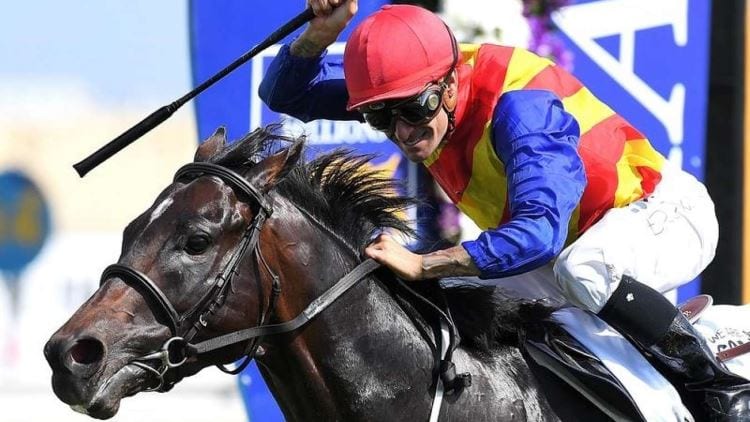 The Redzel Stakes is a new Group 1 on the Sydney Spring Carnival calendar and it’s shaping up to be a good race.

Worth $1 million, the Redzel Stakes features the likes of Pierata, Trekking and Deprive. There is Everest form stacked throughout the field and it should be exciting.

We have our best bet, best each way and best roughie for the 2019 Redzel Stakes.

We’re big fans of Pierata, which didn’t get all favours in The Everest. He finished a close fifth and rising in distance looks ideal for this.

Rising up to 1300m is ideal for a sprinter which warms up late in the race and his two starts back was very impressive.

Drawing barrier 12 isn’t ideal but the race should pan out to work in his favour.

Got into The Everest via his win in the Schillaci Stakes and he didn’t let his followers down.

The James Cummings-trained runner finished third in The Everest and it was a career-best performance.

He’s a slick customer on his day and we wouldn’t be surprised to see him fighting out the finish in this race.

Hasn’t won for some time now but the sprinting ability is there. He’s an imported runner which made a good impression when first arriving in Australia.

His recent form has been solid in defeat and he gets the benefit of the inside draw for this.

That could swing the result in his favour.

Got the job done nicely last time out and he could continue in that vein of form.

Drawing barrier 13 won’t worry him as he likes to drop back and work into the race late.

$26 is a very nice price for a quality type.

Disappointing effort when last in work and he’s a runner which could be past his best.

Owns plenty of class and with over $4 million in the bank, he’s not an easy horse to drop from calculations.

The Cummings-trained five-year-old got back to winning form last time out and we wouldn’t be ruling it out here.

James McDonald takes the ride and that’s a good man to have in the saddle.

The Snowden-trained gelding has pace on his day and could cause an upset, but we wouldn’t be expecting him to take this out.

Nice odds on offer for the risk.

Better runner in the autumn but he’s good enough to cause an upset here.

He has finished in the money in 18 of his 25 starts and is drawn to get all favours in the run.

Could be worth including at odds.

We can’t rule out a Bjorn Baker-trained runner in a race like this, but Redouble looks a little one-paced.

His effort efforts have some against weaker opposition but he will get a nice run from the barrier.

Look for him to settle close to the pace and fight.

Has hit top gear with back-to-back wins. Those haven’t come against this level of opposition but he’s not the worst runner in this field.

His opening odds of $71 were incredible and punters have jumped on that. He’s now into $34 and could start shorter.

Kapajack is best-suited to running in much easier company in Sydney. He’s a nice type in the making but isn’t up to this level just yet.

Knocking on the door with three consecutive placings this campaign. Only a small mare and that has cost her plenty of winning chances.

Paying nice odds but we might have seen the best of her. She was a good age-group contender but hasn’t done much againt the older horses.