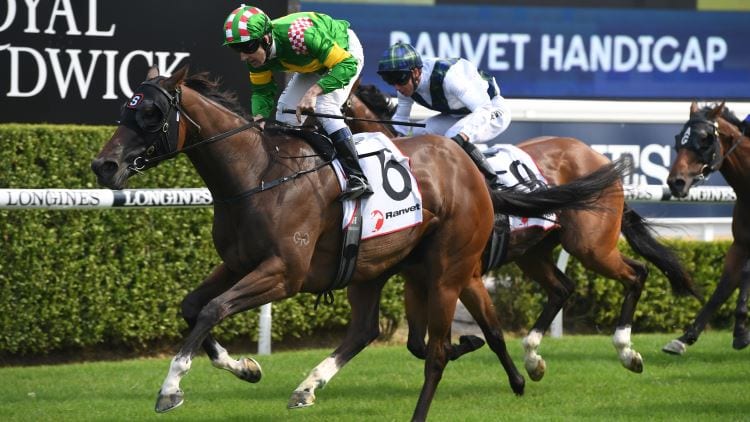 Rosehill is back with a feature meeting this Saturday and there are many quality runners in action.

We have our best value bets for every race on the card.

James Cummings lines up the two-year-old that did well to finish third in the Breeders Plate on debut.

The son of Lonhro ran only 1.8 lengths behind Global Quest and he has since returned this campaign and scored a trial win at Rosehill.

Having that experience on this track will help and this stable is known for their juvenile success.

Most of the early money has gone the way of Absolute Trust and it’s not hard to see why.

The four-year-old gelding comes into this having won at Muswellbrook by over a length last start and that should be a good form guide.

He ran fourth in this grade two back and he has only strengthened up since. That bodes well for a good run here.

Punters will have to take the short odds around Lashes but that was a statement win last time out.

The four-year-old defeated the previously unbeaten Adelong by 2.8 lengths and that’s going to be one of the best form guides this season.

She does rise in weight for this but faces an easier field and she should put them away with ease.

Jen Rules has found form this campaign with back-to-back wins and she has shown a good turn-of-foot in the process.

The Peter and Paul Snowden-trained mare scored by over a length in both wins since November and we’re confident she can continue that form.

She hasn’t attracted much support in the early betting markets but this even field could be there for the taking.

There has been plenty of hype surrounding Big Parade this season and he could get back to winning form.

The Clare Cunningham-trained colt won by 2.3 lengths at Gosford two back before running fourth behind Embracer last start.

That was a strong field and it looks to be one of the better form races at this level.

$2.35 is a touch short but he’s the emerging star of this field.

Four-year-old gelding He’s A Hotshot is running consistent races and he’s overdue for a winning turn.

The son of Star Witness scored three wins from his last four starts last preparation and has placed in all three runs since.

He won’t get a better chance to breakthrough than with 55kg and Kerrin McEvoy in the saddle.

Drawing barrier two will see him settle close to the pace and kick strongly.

Embracer is coming off a win in a good form race and he’s capable of notching back-to-back wins.

The Waterhouse/Bott-trained four-year-old scored narrowly last start over Superium, which has form at stakes level.

He has been primed with a trial win at Randwick and with good natural speed at his disposal, Embracer looks a top bet in this race.

Punters have been doing their dough with Word For Word, but the price is right this time around.

She hasn’t been that far away but now punters are getting each-way odds, and she could improve nicely.

Bandersnatch couldn’t quite make it three consecutive wins last start but he shouldn’t have lost any admirers.

The three-year-old ran nicely behind a potential top type and his two wins prior came by a collective margin of 6.5 lengths.

That form is tough to overlook and from barrier two, we’re expecting a tidy effort.