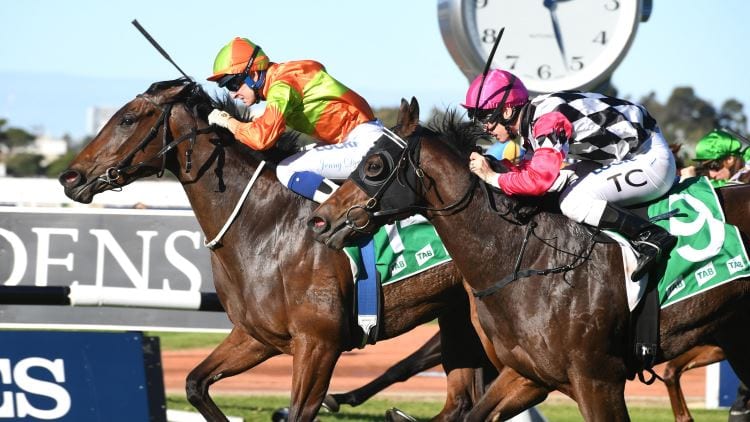 Spring hasn’t officially begun but we’re starting to see the stars come out to race. That makes the racing exciting and there’s some good bets at Rosehill this Saturday.

Forgot Satin Socks went around at Warwick Farm last start as she had absolutely no room to move in the straight.

The two-year-old filly faces her toughest test to date here but she’s coming off a run where she didn’t expend any energy and she has a bright future.

Tim Clark should ride her more positively and with only 53.5kg on her back, she should be right in the finish.

Beaten but not disgraced when running second at Scone last start. The four-year-old gelding finished a half-length behind The Outcast after drawing wide.

He showed good barrier speed, which will be needed from barrier 14, but Nash Rawiller rides and that should help his chances.

Look a nice each-way chance in an even contest.

Looks to have her foot on the till after consecutive second placings coming into this. The Bjorn Baker-trained mare finished a nose behind Notation and that’s classy form.

This looks an even field on paper and Connemara should be able to settle in a good position and battle away nicely.

Continues to win and win with style. The three-year-old filly has won four of her last five starts and she’s in great form this season.

She stays in the same grade as her last win but rises up in grade. However, she only rises up by 2kg and that shouldn’t have too much of an effect on her.

Her form is too good to overlook and we’re sticking with her.

The Matthew Smith-trained runner comes into this following a 4.8-length win at Doomben and that form looks good.

He’s a five-year-old which doesn’t win all that often but he has shown more than enough ability when he’s feeling right.

There are no standout bets in this race and he should be able to offer punters some good each-way value.

Blazing looks to have a nice future after posting his second consecutive win at Hawkesbury last start.

The Lee Curtis-trained son of Sizzling won by 1.3 lengths two back and backed that up with a 2.3-length win earlier this month.

Rising to city grade is the big question but he’s heading in the right direction and he should be paying nice enough odds to take the risk.

Class goes to Eckstein in this race following her win in the heavy conditions at Rosehill last time out. That was a nice effort from the back of the field and she usually holds her form.

The winner of over $1.1 million has eight wins to her name and she has already beaten a similar field to this. That bodes well and with Hugh Bowman in the saddle, he should give her a good ride.

She will get back but watch her sprout wings late.

Bon Amis has been well-backed in the early markets and he’s capable of turning around a relatively poor effort last time out.

The five-year-old is a seven-time winner from 17 starts which was only 2.6 lengths behind the winner when running ninth at Rosehill.

He’s much better than that and it’s another good ride for Hugh Bowman.

James Cummings lines up the four-year-old mare which has been knocking on the door after three consecutive placings.

The daughter of Exceed And Excel finished two lengths behind Agent Pippa last start and she should have good improvement to come.

Drawn wide but Bowman should be able to find a nice spot and work home late.