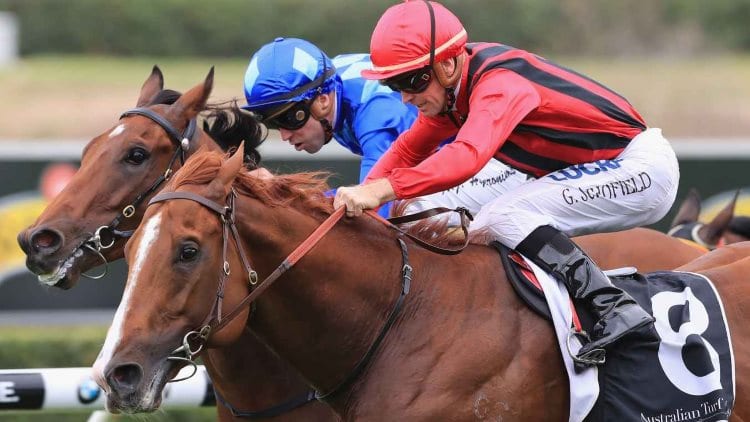 We have expert betting tips for Rosehill this Saturday, which is offering a nine-race betting card for punters.

The biggest race on the card is the McKell Cup and there’s some talented thoroughbreds on show throughout the card.

The Hawkes-trained colt was a good winner on debut at Wyong and it has been well-received in the early betting markets.

He’s a well-bred son of Exceel And Excel which paid $6 to win on debut and will likely start much shorter this time around.

Drawn well and it looks a nice chance in the opener.

Two solid runs since returning from a spell and she was only two lengths behind a nice field at Rosehill last start.

Danny Williams has a good record in this race and with the inside draw to assist, we’re expecting a positive run.

This looks like another even Highway field and she could take advantage.

Call Me Royal isn’t getting any luck with the wide barriers but her class come shine through here.

The Waterhouse/Bott-trained three-year-old has finished in the money in seven of her eight starts to date and she has good tactical speed to boast.

Drawing barrier 16 isn’t ideal, especially over this distance, but we can’t deny her will to perform.

Form has been a bit mixed but he’s a quality type when right and this is much easier than his last start.

The Joe Pride-trained gelding ran seventh at Group 3 level at Doomben last start and after sitting handy, his condition just gave out at the end.

Inside draw is ideal here and bookmakers could offer each-way odds in what should be an even contest.

Supremely consistent type which was a touch unlucky when running second at Rosehill last start behind Strome.

The Peter and Paul Snowden-trained filly has won two of her six starts and has yet to finish outside of the placings.

She rarely does anything wrong in the run and if she gets beaten, it’s usually because she leaves her run just too late.

Looks a strong contender against this level of opposition.

Punters will need to show some faith with Mapmaker but this is the race where he can return to form.

The seven-year-old isn’t getting any younger but he was a winner earlier this season and he finished close enough at Rosehill last start to warrant attention.

There are no superstars in this field and punters will get value odds.

After winning her first four races, Girl Tuesday had the hype placed on her and she failed with four consecutive eighth placings.

However, her last two runs have been much better, including a win at Randwick by 1.8 lengths two starts back.

She pushed the talented Grey Lion close last start and that’s going to be some good form for this.

$8 is a great price for a runner which has regained her confidence. Strome is finally starting to live up to expectations with two wins from her last three starts.

The first win came at Gosford and she scored a terrific win at Rosehill last start when beating Reelem In Ruby.

That form could be franked earlier in the day and she’s certainly worth including at the each-way odds.

That was a handy run for fourth from Star Crossed last start and it has won second up in the past.

The five-year-old was a winner at Muswellbrook to end its campaign in January and a return to that form would take him close.

He’s bound to be paying nice odds come race time and he only needs some luck after drawing barrier 17.