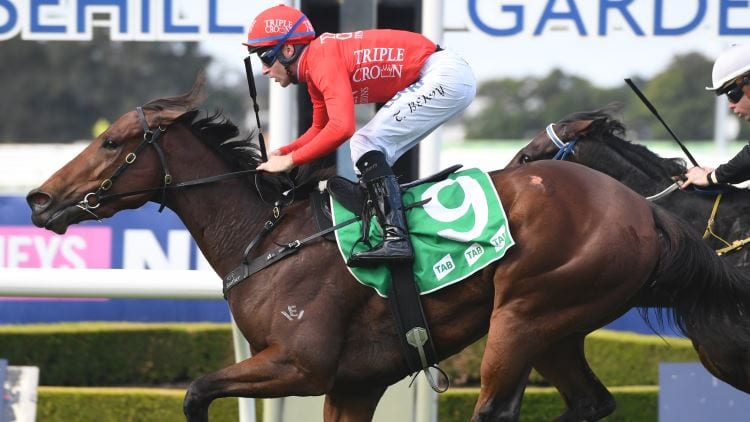 Punters are getting great odds throughout the day at Rosehill, which includes the Golden Gift and Hot Danish Stakes.

Punters have been keen to back Lucicello in early betting markets and she looks a good bet.

The Chris Waller-trained three-year-old has won two of her six career starts, which includes a 2.3-length win at Rosehill.

Getting into this race with only 54.5kg on her back is ideal and her turn-of-foot is better than most in this race.

This is a wide-open Highway Handicap and Chamisal is a good type at nice odds.

The four-year-old gelding has finished in the first two in seven of his 10 starts and that’s a record which shouldn’t be overlooked.

He has drawn well in barrier six and with punters getting almost double-figure odds, he’s worth including in selections.

It’s taking Angel of Heaven some time to get back to winning form, but that time could be now.

The Kris Lees-trained four-year-old went close at Randwick last start and she’s going to get every chance in this.

Drawing barrier two will see her settle on the pace and be tough to run down.

$2.50 is quite short but she’s worth following until she wins.

This race could spring a surprise result and Baanone could be the horse to follow.

The Bjorn Baker-trained gelding has won two in a row coming into this and they have been impressive efforts.

He scored by 1.5 lengths at Hawkesbury before causing an upset at odds of $21 last time out at Warwick Farm.

Gets the inside draw to jump from here and with only 55kg on his back, the $13 looks like great value for each-way punters.

Paul Messara lines up the talented mare which has rattled off three consecutive wins coming into this.

The daughter of Animal Kingdom scored by 1.3 lengths at Randwick last start and that form stacks up nicely for this.

She’s maturing into a type that could handle the rise in class and stretching out to the 2000m won’t hold any fears.

Bookmakers have her at value odds.

Yet to run worse than third from all nine career starts and it’s tough to overlook that consistency.

She has put the writing on the wall at her last two runs, which have both resulted in placings.

It won’t take her long to win a race and given her good barrier of three, she should settle close to the pace and be right in the thick of the action.

Each-way odds on offer for punters.

Nice odds on offer for a James Cummings-trained runner which has been getting close to a win this season.

The four-year-old gelding finished second at Randwick last start and he has form around some smart types throughout his career.

He’s a son of Exceed And Excel which has had five runs this campaign and could finally live up to his promise.

Pandano is in great form with consecutive wins and he could add another here.

The three-year-old colt by Dundeel scored both wins at Newcastle but has enough ability to win in the city.

Drawing barrier three will see him get a good run from the draw and with only 54kg on his back, he looms as the hardest to beat.

Each-way odds on offer from bookmakers and those odds could shorten.