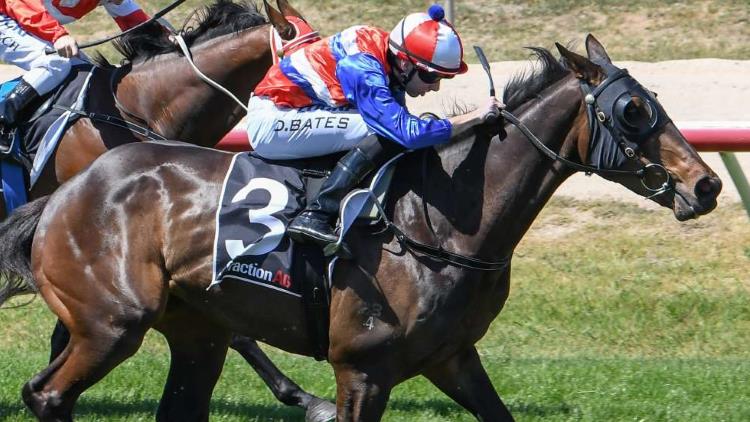 Midweek racing at Sandown is always exciting and even fields are the play of the day. Plenty of value on offer for punters throughout the day.

Lindsay Park lines up the three-year-old filly which scored with ease on debut before taking on a hard field last start.

The daughter of Not A Single Doubt scored by six lengths on debut before running only two lengths behind a nice type at Caulfield.

That’s strong form for a midweek race and we’re expecting a bounce back to winning form here.

The five-year-old gelding is a last-start winner which relished the rise in distance at Bendigo.

His win came over 2400m and after settling close in the run, he was able to finish over the top of them late in the piece.

That was his second win this campaign and although he has been up for awhile now, we’ve seen stronger fields.

Could take advantage at each-way odds.

Undefeated after two starts, Rhames returns having not raced since March and he could make a winning return.

The four-year-old gelding scored on debut at Ballarat after making up big ground in the straight and he scored comfortably by a length last start.

This isn’t an easy field to beat fresh up but the market will tell punters the full story.

Paris is a last-start winner which could kick on with it now after scoring a one-length win at Cranbourne.

That did come on a heavy track and conditions look similar here. Her best form has come on rain-affected ground and punters should be confident.

Her breeding also suggests that she handles the wet and with a light weight on her back, she looks a good bet in this.

Phillip Stokes lines up the four-year-old mare which scored a quality two-length win on debut at Sale.

She then ran second at Sandown behind Ray’s Dream after getting too far back during the run and she didn’t lose any admirers with that run.

Should find a nice spot from barrier eight and we’re expecting another good run from the promising type.

Liam Howley lines up the imported son of Camelot which could find his feet quickly in Australia.

The four-year-old was a winner over 2419m two starts back in September and although he hasn’t done much racing since, he looks a nice type in the making.

He owns form over shorter distances and he’s going to get every chance from the inside draw with Jack Hill in the saddle.

Each-way odds likely to be on offer.

But It’s True has been in consistent form throughout his career but this will be only his second start in 2019.

The seven-year-old finished second at Echuca last start and that was a nice effort, given it was his first since July 2018.

He’s only going to improve with more racing under the belt and bookmakers should be offering good each-way odds.

The five-year-old was a touch disappointing last time out but she has shown enough ability in her career to warrant attention.

She’s a mare by Written Tycoon which was good enough to produce consecutive wins at Kyneton and Echuca last season. Anything close to that form should be good enough to take this out.

She has form in the city since then and that experience will help in this.