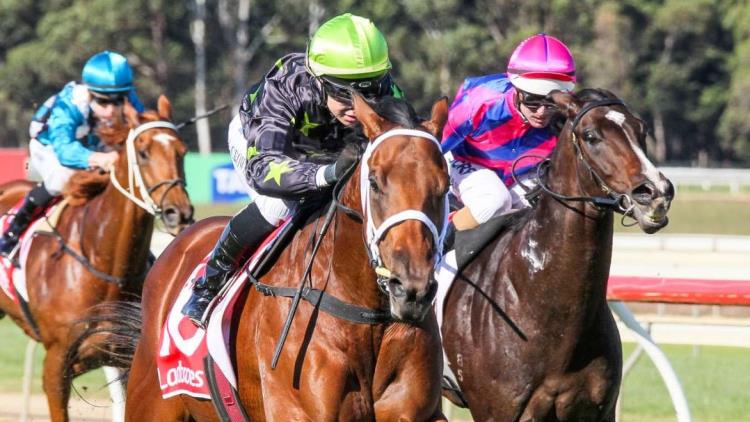 This is one of the better midweek cards we’ve seen at Sandown and punters should enjoy the racing on offer.

We have found the best bets across the eight-race card on August 21.

There isn’t much for punters to go on with Playoffs, but it could have some ability.

The three-year-old is a well-bred colt by Tavistock which was purchased for $230,000 and any betting moves will be telling in this race.

Drawing barrier 15 will make it tough, so he’ll likely head back from the draw, but he’s certainly an interesting runner.

The Busuttin/Young team lines up the three-year-old gelding which has run two solid second placings to date.

He’s a gelding by Savabeel which has handled the rain-affected tracks to date and with a heavy track expected, he’ll be suited down to the ground.

Drawing wide shouldn’t be an issue and it won’t take him long to break maiden grades.

Influential Jack was good enough to beat Trolleyed last start, so that form might be franked earlier in the day.

The Ellerton/Zahra-trained three-year-old was heavily backed into $1.70 last start and that could be a sign of things to come.

The stable thinks a fair bit of this runner and this isn’t the strongest field we’ve seen. He could take advantage of that and win consecutive races.

Global Sanction has the ability to win races like this more consistently and that could start here.

The Graeme Begg-trained five-year-old finished second at Sandown last start after getting well back during the run. Settling closer will help here and she looks a good winning hope.

Punters have come for her early and we’re expecting more positive movement to come.

The Lindsay Park-trained colt finished fourth behind Heirborn at Flemington last start and that looks a good form guide.

Heirborn is a nice type in the making and Conqueror was only a half-length behind it. That’s going to stack up very nicely for midweek racing and his win prior came by seven lengths.

We’re hoping he’s not just a synthetic type but his breeding suggests he won’t be.

Wild Sea showed ability early on but then went on a run of poor results. However, that all changed last start when scoring at Bendigo.

The five-year-old could kick on with it now and with similar conditions expected for Wednesday, there’s no reason why she shouldn’t.

This is a big field but not overly deep on talent and her odds are worth the risk.

The Phillip Stokes-trained mare has been scratched twice in the last two weeks but she looks tough to beat here.

She was a winner on debut at Sale by two lengths before running a nose behind Ray’s Dream in a tough race at Sandown.

The heavy conditions don’t seem to be an issue so it will be interesting to hear why she has been scratched so many times.

However, she has quality and should go close.

The Moroney stable is going well this year and Tofane could make a winning return. She’s a four-year-old mare which ran close last start in May and has plenty of upside.

She’s a mare by Ocean Park which scored her maiden win by 3.8 lengths and anything close to that form sees her winning this.

Odds are a little short of value but she could drift come race day.