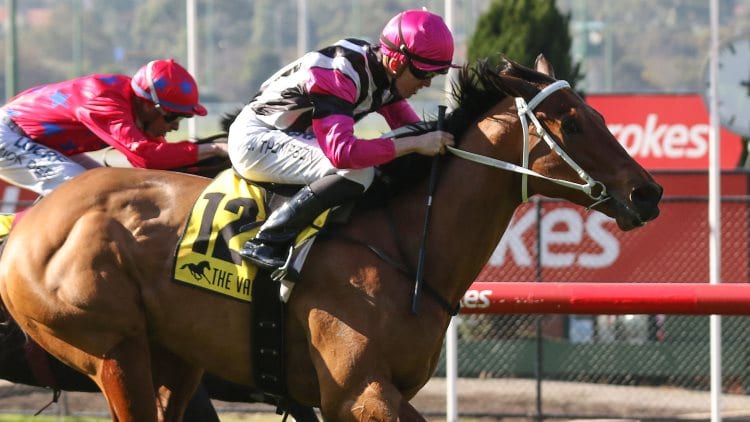 City types are spread throughout the card at Sandown on Wednesday and there’s plenty of value on offer for punters.

Asateer was an impressive winner at Pakenham last start and he looks capable of producing back-to-back wins.

Lloyd Kennewell lines up the two-year-old colt which ran second on debut at Bendigo and strengthened up nicely to win by 1.3 lengths last start.

Drawing barrier nine could make it tricky but punters shouldn’t be too far away with this runner.

Ken Keys lines up the two-year-old filly which ran in the Blue Diamond Prelude on debut before running second at Geelong last time out.

The filly by Hinchinbrook made up big ground to run second behind Beauty Bolt and that came on a rain-affected track. Having that experience helps and 55kg on the back is another positive.

Punters should be getting good odds.

Global Sanction is a promising type which has won three of her 13 starts and also has six placings.

The Graeme Begg-trained four-year-old scored a quality win at Sandown two back when winning by 1.3 lengths and she backed that up with a solid placing last start.

She drops back in grade for this from rating 84 to rating 78 and she will get every chance from barrier five with Jamie Kah in the saddle.

The Michael Moroney team are firing at the moment and Mirimar could give them another win.

He’s a five-year-old gelding which has three wins and eight placings from 20 starts – a record good enough to win at midweek level.

Drawing barrier three is ideal here and with a recent win under the belt, he should score another one soon.

Saucy Jack looks close to winning his fifth career race after posting a second placing at Pakenham last time out.

The four-year-old finished only a neck behind Roar and although that came in a lower grade, it’s form that should stack up nicely at this level.

His form is improving and we wouldn’t be surprised to see Saucy Jack fighting out the finish.

Patrick Payne lines up the three-year-old gelding which scored two wins to open his career before running second last start.

The son of Pins didn’t fully cope with the heavy track at Morphettville but should be better for the experience.

His first two wins were impressive and despite drawing wide here, he has shown good tactical pace from in front and in the pack so far.

Spirit of Aquada kicked off his campaign with a win at Moonee Valley and Valley winners midweek are often top types.

The four-year-old comes into this following a last-start third placing at Sandown and having that track experience is ideal here.

He has city-level experience and faces a field that doesn’t boast the same record. The three-time winner also has 12 placings to his name and should be going close in this.

Four-year-old gelding Mr Tipla has made an impressive start to this career with three wins and two placings from seven starts.

Looks well placed here and getting an apprentice claim to help with the 60kg on his back is ideal.