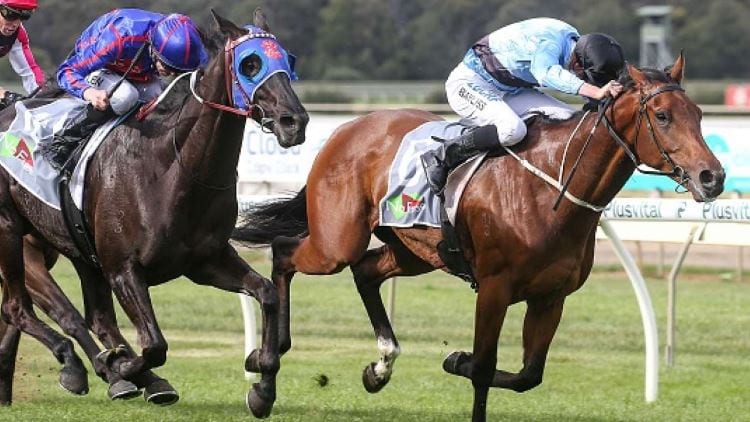 Winning form is rife throughout the card at Sandown this Wednesday and we have found the best value bets across the day.

Talented has the form on the board after winning on debut at Geelong before placing behind some nice types.

She finished second behind Group 1-winner Microphone and that’s some stellar form coming into a midweek race.

Her most recent effort was a third placing at Flemington where she made up serious ground in the straight and her experience holds her in good stead for this.

Peter and Paul Snowden line up the talented filly which comes into this following a gutsy win at Sandown.

Having experience winning on this track is a big asset here and she has finished in the money in five of her six career starts.

It’s tough to overlook that form and getting barrier three should see her land on the speed and provide a good kick again.

There isn’t much covering this small field of eight runners and Connery has shown enough this season to suggest.

The Archie Alexander-trained four-year-old scored consecutive wins to kick off his campaign before finishing close up at his last two. The seventh and eighth-place finishes might deter some punters but he was just three lengths away in both.

Gets a gun run off the inside barrier and Craig Williams takes the ride.

There isn’t much form to this race and that could give Meteor Light a great chance at securing an elusive win.

The in-form Mike Moroney stable lines up the five-year-old gelding which has yet to win this campaign but does own three second placings from his last four starts.

Drawing barrier five will see him settle handy and he can turn consistent form into winning form without needing to improve too much here.

Analytica is a three-time winner from six starts, which comes into this with a last-start win at Mildura.

The Patrick Payne-trained three-year-old has always shown to have more ability than most at this level and despite not running well at Flemington, that’s stronger racing than what he faces here.

Craig Williams has his work cut out for him from barrier eight but it has good tactical pace and could use that to his advantage.

Lindsay Park lines up the three-year-old filly which is coming off two city disappointments, but this is a much easier task.

The daughter of Nicconi wasn’t too far behind when three lengths behind Voila at Caulfield last start and dropping in grade is a big bonus here.

Drawn well in barrier six for this and that should see her fighting out the finish.

Miss Mawingo comes into this with a last-start win at Cranbourne and she could produce consecutive winning efforts.

The Greg Eurell-trained three-year-old capped off some solid form with the win and although it only came at Cranbourne, she made up good ground in the straight to pick them up.

Likely to start at each-way odds in this.

Saddle The Sun has had two runs back from a two-year spell and both runs have had plenty of merit.

He was finishing off nicely at Ballarat last start and that indicated a win wouldn’t be far off for the five-year-old.

He won his first three starts before suffering an injury, so the class is there and we’d love to see him win again.