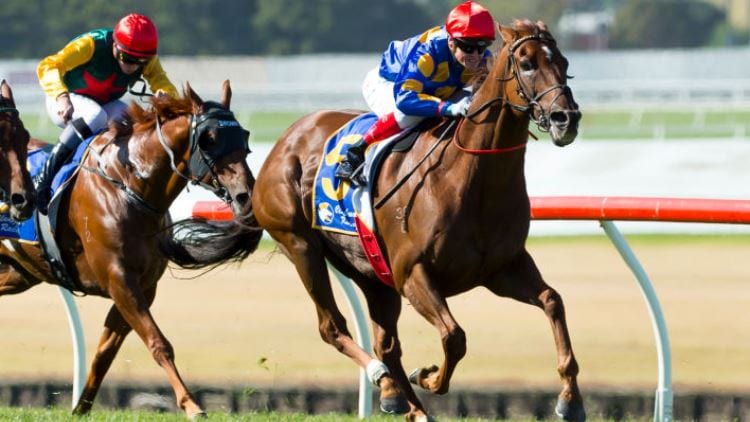 The two-year-old filly ran second on debut at Randwick behind Pin Sec and second again behind Really Discreet on this track.

Having track experience helps and she’s a smart type in the making.

Fight did exactly that last time out when scoring a gritty victory at Mornington. The three-year-old gelding scored by a nose after setting the pace.

That win came after he posted two placings from his first two starts and Craig Williams sticks with him, which is always a good sign.

Tough draw but it’s right in this.

Good Idea is a four-time winner which didn’t fire last time out but showed better form two back at Seymour.

The four-year-old gelding scored by 1.3 lengths before not handling the heavy track at Sandown last start. The improved conditions should help and Fred Kersley takes some weight off his back.

It’s a good idea to bet on this runner.

Robbie Griffiths lines up the three-year-old filly which isn’t the most consistent but has winning claims.

The daughter of Equiano scored a three-length trial win at Cranbourne before running sixth last start. Prior to that she scored a good win at Geelong and that form would be good enough for this.

Bookmakers should be offering each-way odds and punters could snap up the value.

Three wins from four starts is a good record despite those wins coming against inferior opposition.

The Craig Widdison-trained runner scored by a half-length at Wagga last start and she deserves her chance in the city.

Tricky draw but we wouldn’t be surprised to see her running in the money.

Search Squad is a professional winner of eight races and he has found winning form of late. Despite being an eight-year-old, he has won three of his last four starts.

That include a last-start win on this track and he’s able to handle all conditions. That win came on a heavy surface, where he’s unbeaten.

Chance’s increase if the rain comes.

That run should hold the Lindsay Park-trained three-year-old in good stead for this and only the wide draw is going against him.

Drawing barrier 12 will ensure Ben Allen has his work cut out for him, but he’s good enough to find cover from there.

Tony McEvoy lines up the four-year-old mare which was good enough to win at Echuca last time out.

That was a dead-heat win but it was still a solid performance and the daughter of Zoffany should be better for that outing.

She’s a four-time winner from 16 starts and whenever a McEvoy-trained runner is in winning form, they usually stay that way.