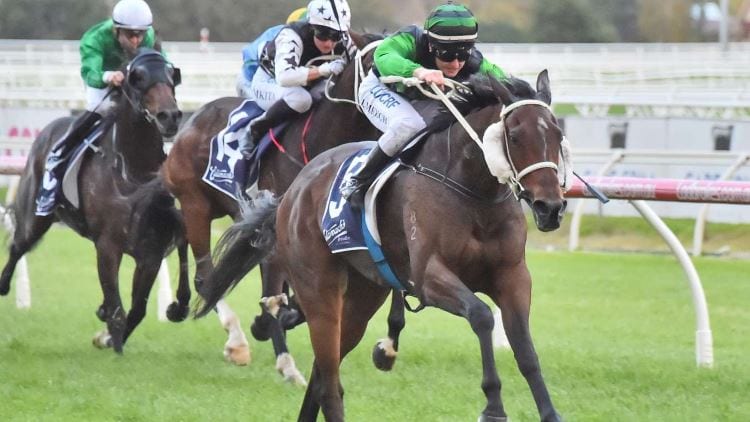 We have expert betting tips for the betting card this Wednesday at Sandown, which features eight quality betting races.

That was a handy debut effort from Rumble Doll last start and she should take good benefit from it.

The Henry Dwyer-trained two-year-old finished third at Sale behind Sukoshi and although she’ll have to turn the tables on that run, she has the potential.

She’s a daughter by Street Boss which will only grow with more racing under her belt.

Team Hawkes lines up the three-year-old gelding which was impressive when scoring narrowly on debut at Bendigo.

The most impressive aspect was that he controlled the pace from the outset and securing the inside draw here is only going to help his chances.

That win came in February and he was quickly spelled, but that usually means the stable has a big opinion of it.

Our Peaky Blinders isn’t in the best of form but the former Kiwi has potential and could take this out at each-way odds.

The Busuttin/Young-trained six-year-old was only 2.3 lengths behind the winner last time out at Swan Hill and with a better run, he would have finished closer.

Gets some weight off his back via the apprentice claim and that could make all the difference.

The four-time winner looks a good chance here and the booking of Craig Williams is a good sign.

She’s a four-year-old by Toorak Toff which ran fourth at Morphettville last time out against a good field and having that experience on the heavy surface will help.

Drawing barrier five sees her land closer to the pace and that could see her return to the winners’ enclosure on Wednesday.

Jason Warren lines up the four-year-old mare which has a win and a placing from three career starts. The win came two back at Sale by a half-length and she went close last start.

She rose up in class and finished one length behind General Short at Sale but she looks an improving type which has been handling the wet conditions to date.

Our Luca has loads of speed and although disappointing last start, that came against a hot field at Flemington.

The seven-time winner from 15 starts has since been primed with a trial win by eight lengths and that will hold her in good stead for this.

Drawing the rail and having an apprentice claimer in the saddle will further her chances of winning.

Phillip Stokes lines up the capable three-year-old which has had plenty of racing. He has had 14 starts already and that experience could do him some good against this field.

He comes into this having finished second at Sandown and his prior form came at the likes of Flemington and Caulfield.

That bodes well for this and although up in the weights, his class could take him all the way.

Benitoite needed to be gutsy in order to win last start and she got the job done. The three-year-old filly settled midfield and came with a sustained run down the outside.

It’s good to see Damien Oliver sticking with the daughter of Americain and given that breeding, she’s likely to improve with racing under the belt.

Bookies should be offering each-way odds.