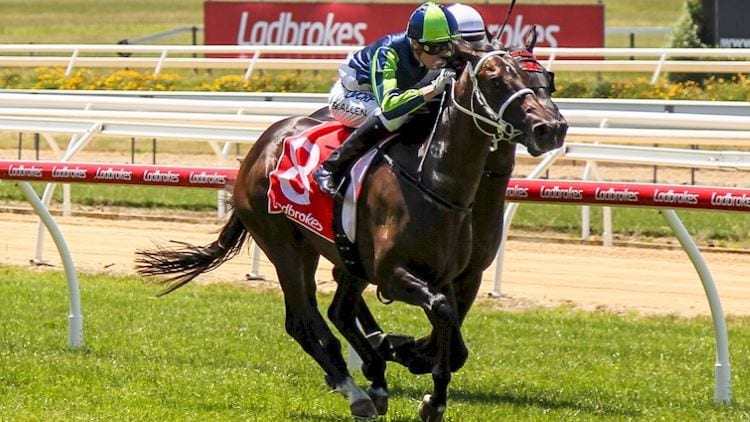 Sandown features an eight-race card and we have expert tips and form for every race.

There are some Group 1-performed runners lining up at this midweek meeting, which should add plenty of intrigue.

The three-year-old gelding has shown glimpses of very good form and although facing a tough field here, he should go close.

Mike Moroney lines up the son of The Factor, which broke maiden grades two back at Bendigo and went close at Ballarat last time out.

He typically runs under the odds but punters should be getting each-way value in the opening race of the card.

Lindsay Park lines up the five-year-old gelding which went close last time out and backed up its win two back.

He was good enough to score by five lengths at Geelong in March and although he didn’t win last start, it was a run indicative of another win coming soon.

Carries a big weight but Craig Williams rides and that’s a positive.

Coco Diablo comes into this with back-to-back wins and a third could be added. The Lindsay Park-trained three-year-old has improved nicely this campaign and she’s travelling nicely.

Her first win came at Cranbourne by 1.3 lengths and she backed that up with a solid win at Pakenham by just under a length.

That form should stack up nicely for this and she’s going to get a nice run from barrier three.

Montaser is looking to cap off some consistent form with a win. The Busuttin/Young-trained runner has finished second in both starts this preparation.

The four-year-old ran second at Pakenham fresh up and although he was 6.5 lengths behind the winner when second last start, that came behind a smart type.

The inside draw should see him settle on the speed and give a strong kick.

Jungle Fish has more class than most in this field and she’s good enough to turn around an 11th at Group 3 grade last start.

The Michael Kent-trained four-year-old rattled of three consecutive wins before rising right up in grade. She’s clearly not ready for group racing but dropping back to BM70 is ideal.

Big weight but she’s capable of carrying it.

Good run for third last start at Flemington in Open company and he’s a smart type on the rise.

Danny O’Brien lines up the three-year-old gelding which scored consecutive wins earlier this preparation, culminating in a good win at Flemington.

He’s going to enjoy the slight rise in distance and it’s good to see Craig Williams in the saddle.

Bass was a touch disappointing on face value last start at Flemington but he was ridden a touch upside down.

He’s a five-year-old import from Europe which went forward and didn’t find much of a kick. He’s better ridden off the speed and saved for one last run at them.

Trainer Liam Howley lines up a few here so watch the betting and make a play accordingly.

Looked good when winning at Geelong to end last campaign and she was solid when running fourth at Sandown last start.

That should hold her in good stead for this and although she doesn’t have much form second-up, it’s another good ride for Craig Williams and he could make the difference.