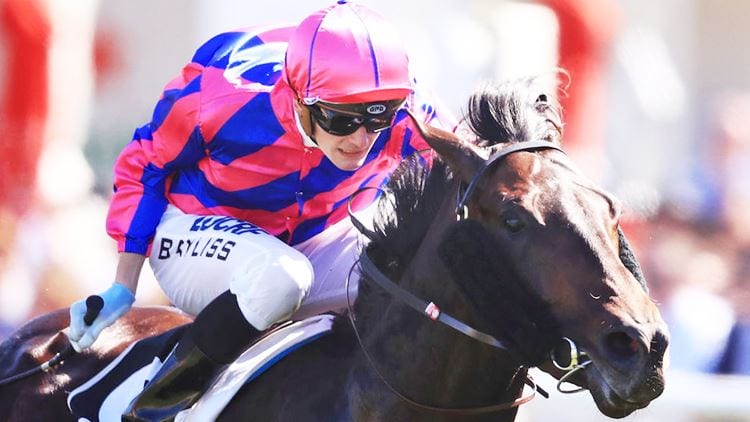 There are always quality winners surfacing from the midweek races at Sandown. That’s why punters love betting there and we have found our best value bets for the card.

Matador doesn’t have the most attractive form line coming into this race, but the ability is there.

The Lindsay Park-trained three-year-old has form behind the likes of Yes Yes Yes, Pancho and Cassius.

That’s good form for a race like this where he’s facing significantly easier opposition.

Gets a good run from barrier three and Craig Williams takes the ride.

Blue Ocean has had one start in New Zealand for a third placing and we have seen Kiwi form stack up nicely this year.

The well-bred son of Ocean Park ran a close margin behind the winner at Taupo in September and is expected to make a nice Australian debut on Wednesday.

His trial at Cranbourne was a solid hit out and with the inside draw and a strong rider in the saddle, expect the colt to run nicely here.

Look for a push in the betting market.

Hard Press has looked the goods in two career starts to date and they’ll be hard pressed to beat him here.

Trained by Richard Laming, the colt by Shamexpress produced a big finish to run fourth on debut at Sale before winning easily at Morphettville.

That win came by 2.8 lengths over Grinzinger Express and that form has held up well enough to be considered here.

Carries the big weight of 60kg but it must be considered as a winning chance.

Write Enuff is finding it tough to win a race but the four-year-old mare is trying her hear out.

The Ken Keys-trained runner has finished second at her last two starts – both coming at Moonee Valley against good opposition.

She drops in grade for this after running in benchmark 70 grade last start and she only needs luck from barrier 13 to be a chance.

Overdue a win and it could come here.

Aaron Purcell lines up the five-year-old gelding which has been in good form this season and should go well again.

The son of Americain scored back-to-back wins at Ballarat and Geelong before running third at Flemington on Oaks Day.

Form usually stacks up nicely from that meeting and Midas Prince won’t be worried about this level of opposition.

The five-year-old mare is a past winner fresh up and that bodes well for this race.

She’s trained by Henry Dwyer and owns four wins and four second placings from a total of 17 career starts.

It’s a consistent record which shouldn’t be overlooked here and her recent trial placing was a good form indicator.

We’re prepared to give Mickey Blue Eyes another chance, despite rising to 63.5kg in the weights.

The Lindsay Park-trained four-year-old has a lot of talent, but hasn’t been showing it this year.

He finished fifth at Bendigo last start and there was some merit in that performance. It could spill over to this run and he’ll likely run at value odds.

Shouldn’t be overlooked against a field he would have been odds-on against in 2018.

Copper Fox is another former Kiwi runner which showed plenty of ability in six starts across the Tasman.

Now with Henry Dwyer, the five-year-old needed the run at Ballarat last start and it came on an unsuitable heavy surface.

His form in NZ included two wins and two placings from his four most recent runs. That form bodes well for this and he should prove tough to beat in the last.