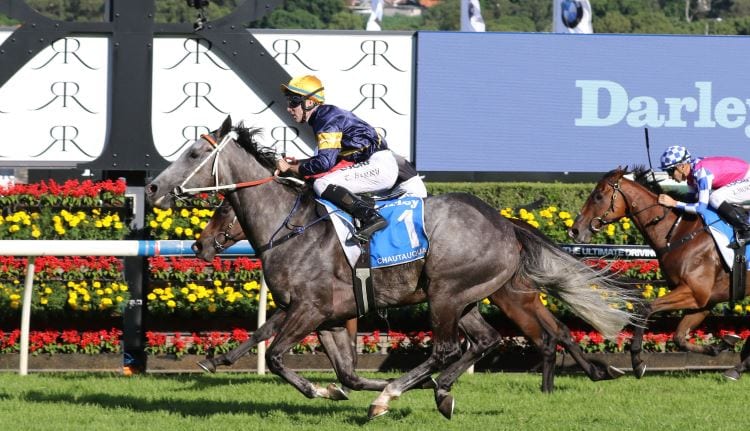 Day two of the Saturday weekend sees three group one races at Randwick and a quality betting card at Mornington.

Randwick hosts the Group 1 Epsom Handicap, The Metropolitan and the Flight Stakes. It also features a total of 30 debutantes in the Breeders’ Plate and the Gimcrack, which could unearth the best champion thoroughbred in Australia.

Mornington doesn’t feature any high-quality races, but there are still some quality horses in action and it provides a nice back-up card to Randwick.

It’s tough to line up a field of debutantes, but Hiemal looks a nice type in the making and his trial effort was impressive.

The son of Exceed and Excel ran the quickest 900m time of the day and there were some smart types trialing that day.

He must be respected out of the James Cummings stable and getting the inside draw will allow him to settle on the speed, which is crucial for these juvenile races.

Performer is the main danger in barrier two, but Hiemal looked ready to run on Saturday, whereas Performer looked a little underdone.

We tipped Tangled to run well on Wednesday at Rosehill when it was scratched, so there’s no reason to not tip it for this.

The Chris Waller-trained runner was a brilliant winner of the Champagne Classic at Doomben last preparation and although he hasn’t shown his best form since, that class must be respected.

Waller wouldn’t have tried his hand in a harder race here if it couldn’t win and bookmakers are still offering a nice price, but there is some action coming for the three-year-old.

Chris Waller has a big opinion of former New Zealand runner Mackintosh and that run in the George Main Stakes would have topped it off nicely.

The five-year-old finished fifth behind Winx at triple figure odds, but he’s much better suited to this level of racing and the extra distance is ideal.

He hasn’t won for a while now which could be a concern for punters, but he has traveled to Perth, Brisbane and now back to Sydney where he does his best racing.

Champion jockey Joao Moreira rides and that can never be a negative.

Alizee has always looked like a group-winning type and it confirmed that last start by winning the Tea Rose Stakes in emphatic fashion.

Out of the Cummings stable, the three-year-old filly had only recorded a maiden win at Warwick Farm prior to winning last start, but top performances behind Formality held it in good stead for the future.

Its future looked even brighter after beating Golden Rose placegetter Champagne Cuddles by over a length last start and the daughter of Sepoy looks to have many more wins in store – potentially even a group one after the day is done.

The flashing light was shining for Chautauqua in The Shorts at Randwick last start and punters stood up and took notice.

The Hawkes-trained champion sprinter sat at the back of the field and made good headway late in the race. Punters do take a risk knowing he will be out the back early and he needs a strong pace up front, but it’s hard not to like the seven-year-old.

He runs sectionals most of these could only wish for and he hasn’t won over $9 million by not overcoming obstacles. His main target is The Everest, but he’s more than capable of winning this Saturday and punters are getting the right price.

$3.30 is a good price considering the strength of the field and he looks a good chance to win this group two race which should be given a group one title.

We would tip Tom Melbourne for the win, but we’ve lost a little bit of faith, so we’ll stick with the place options.

He’s more than capable of taking out a race of this nature, but his inability to cross the line in first position has made us cautious about tipping him for the win.

The $2 for the place is good money considering he carries only 52kg and that’s going to be a huge relief for the seven-year-old.

Happy Clapper has taken most of the betting support since the scratching of Egg Tart, but Tom Melbourne could settle on the pace and he’s not easy to run down.

Five-year-old gelding Sin to Win has been knocking on the door this campaign and he finds an easier field this time around.

The Lindsay Park-trained gelding finished second behind Anaheim at Caulfield last start and that’s group quality racing. This will be easier and since coming to Australia from New Zealand he hasn’t won, but he has placed in all three attempts.

Running at rating 78 level will suit him perfectly and he will likely see out the distance without any troubles.

Superhard won his first two starts before getting an unlucky passage at Caulfield last start.

The Robert Smerdon-trained three-year-old won by 2.25 lengths on debut at Pakenham before winning again at Sandown by a narrow margin.

He was a $4.80 chance last start, but he was given a shaking up on the turn before getting severely checked at the 200m point.

That was a complete forgive run and it’s a good sign to see Smerdon backing him up so quickly. That’s a good sign for punters and only Just Hifalutin looks a danger in this.

Toy Boy has been scratched a few times for this run and he finally finds a winnable race.

The four-year-old gelding was a stylish winner on debut at Seymour where he scored by 2.25 lengths and his efforts since have been full of merit.

He charged late to just miss behind Ken’s Dream at Caulfield and he made good late ground behind Sweet Sherry in the Euclase Stakes at Morphettville.

It was a pleasing effort last start at Sandown and the odds justify his chances of winning.