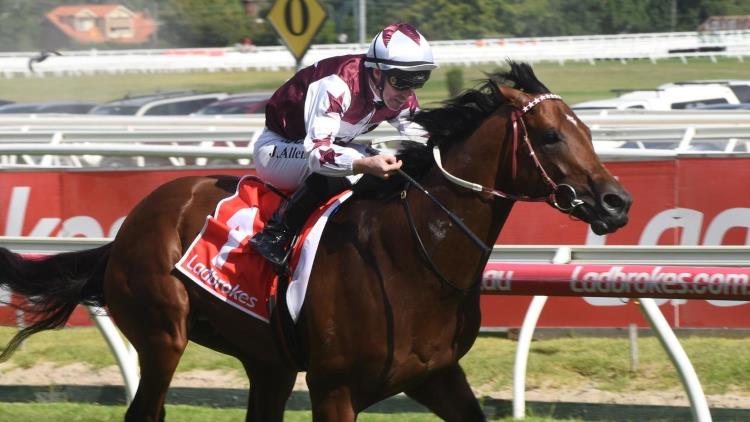 The Sunday Underwood Stakes meeting is one of the most popular during the spring racing carnival. Premier racing on a Sunday is a great thing for punters and the nine-race card offers some great racing action.

We have done the form for every race on the Caulfield card, which includes the Testa Rossa Stakes and preludes for the Caulfield and Thousand Guineas.

There isn’t much form in this race and Holbien should have the class edge. The Steve Richards-trained runner comes into this with a last-start win at Geelong and that form should stack up nicely.

Prior to that he finished third in a good form race at Caulfield and the four-time winner from eight starts could put lengths on this field if he gets luck from barrier 13. That’s the only concern but punters are getting great odds.

It has been a long time between drinks for the once promising Cliff’s Edge but we think he could return to form against this field.

The Darren Weir-trained hasn’t performed well since winning in March but those runs have come behind the likes of Ball of Muscle and Violate. That form trumps most in this field and he could run them into the ground if he’s on his game.

He’s a three-time winner at Caulfield and expect a big kick around the home turn.

Prized Icon maps well for this race and bookmakers have taken notice. The five-year-old winner of over $2 million finished fifth at Newcastle last start, which came following a top run for fifth behind Epsom Handicap favourite Unforgotten.

He’s only a three-time winner, one of those coming in the Derby, but this looks an ideal race for him to get back into the winners’ circle.

$2.05 should stay steady in the betting.

We’re not completely sold on Soothing as a genuine top-level mare, but we respect the form coming out of Sydney and it typically stacks up well in Melbourne.

The James Cummings-trained four-year-old has rattled off three consecutive wins at Randwick, Warwick Farm and Rosehill, with a combined margin of seven lengths.

She wasn’t as impressive last start and the rise in weight coupled with a tough draw won’t make it easy, but she has a turn-of-foot needed to win again.

We’re once again going with Sydney form and another runner from the Cummings stable. Trekking has been in good form throughout 2018 and he enters this having won his last three of four starts.

His only recent placing came behind the highly-talented Don’t Give A Damn at Rosehill and that form looks good for this.

He’s an adaptable type with good natural pace and $3.70 is a fair price after opening slightly higher at $3.80.

Punters are getting good odds for this quality colt which didn’t have conditions to suit at Rosehill last start and now returns to his favourite track.

The Lindsay Park-trained son of Fastnet Rock produced a big run for second behind Tony Nicconi prior to that and he has been surrounded by class types throughout his career.

This is an easier target and we’re not expecting the double-figure price to last long.

Looming as one of the better bets of the day, Smart Melody looks to remain unbeaten from five starts and she has all the makings of becoming a top type.

The Kris Lees-trained filly is unbeaten after four starts and she showed a good field a clean pair of heels down the Flemington straight last start when winning the Listed Cap D’Antibes by 1.5 lengths and pulling away from the field.

There are some classy types lining up here but she has drawn ideally and she could be a superstar in the making.

Darren Weir lines up a nice stayer in the making with Furrion, which scored a terrific win last time out at Flemington.

A winner of five from six with one minor placing, the three-year-old son of Camelot is bred to stay and he has made an almighty start to his career.

He has plenty of improvement to come and he’s an exciting type.