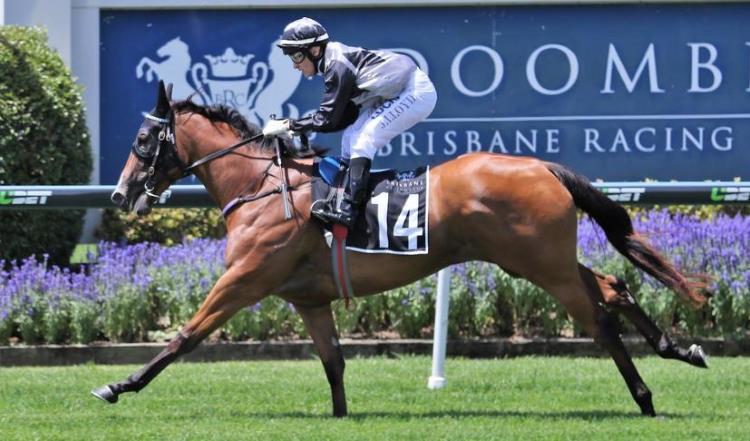 It’s a punters dream this Saturday with high-quality meetings at both Moonee Valley and Rosehill.

Moonee Valley features the Group 2 Dato Tan Chin Nam Stakes and also the McEwen Stakes where some slick sprinters will fly over the short distance.

The Dato Stakes includes many spring staying hopefuls and the New Zealanders have brought their own charge over for the cash.

Rosehill has the Run to the Rose for the three-year-olds and the Theo Marks Stakes. All the form out of Saturday will stand strongly for the spring and it’s going to be a great day on the punt.

The Matt Laurie-trained three-year-old finished off best last start at Sandown Lakeside and the form out of that race has stood up well.

He defeated Wassergeist which has since scored an emphatic midweek win on Wednesday and Aberro hit the line with purpose.

The son of All Too Hard finished second on debut behind the unbeaten Merchant Navy and again behind Eshtiraak at Mornington second-up. That form is strong for this race and the odds-on offer are generous from bookmakers.

Trainer Robert Hickmott knows how to train stayers and he lines up Hans Holbein over the Cox Plate distance of 2040m.

The imported son of Montjeu boxed on fairly behind Pacodali last start on this track and the experience around the tight Moonee Valley circuit will do it plenty of good.

The six-year-old has won two of his three second-up starts which is a great sign for this run and he’s a past winner over this distance.

This field is mostly filled with stayers needing the run, but Hans Holbein has shown his ability to win early in the campaign and his price represents good each way value.

We are weary of the tricky draw and the betting drift from $2.25 to $2.50, but Houtzen still shapes up as a weighting special.

The Magic Millions winner has excellent barrier speed and the Moonee Valley circuit suits runners that can find the rail quickly and kick.

Her only defeat came in the Golden Slipper when the conditions didn’t suit and by all accounts her work in preparation for this run has been good.

Facing types such as Russian Revolution and Heatherly won’t be easy for a three-year-old filly, but she gets in beautifully on the weights at 50kg and they’ll find it hard to keep up at the sectionals she can run.

Brave Smash is going to be the anchor is many punters’ bets this weekend and it’s best to get the $1.60 when it’s available.

The former Japanese runner was a tragedy beaten last start at Caulfield in the Regal Roller Stakes behind subsequent quality winner Vega Magic.

He came to Australia with only two wins from 13 starts, but the five-year-old looks to have all the ability in the world and it could easily stretch out to longer distances.

1200m will be short of its best, but there doesn’t appear to be much top-quality competition in this race.

Suncraze is a quality animal which had a run of placings before finally breaking through for the win last start.

The Melanie O’Gorman-trained gelding has won two from his eight starts with six placings to boot. His consistency is rewarding punters and they’re getting good win odds for this race.

He also possesses a strong turn-of-foot which will win him plenty of races and he should be able to find a good position from the inside draw.

His three-length win last start was indicative of his ability and he should continue to rise through the grades.

We’re sticking with Alward after he did the job well last start.

The Chris Waller-trained import had to reel in the leaders late, but it got there in the end and odds-on punters were happy.

The five-year-old needed time to mature in Australia and winning consecutive races leading into this will get its confidence right up.

Taking the odds-on is tough to do for some punters, but Alward meets an easier field here, Hugh Bowman sticks with him, and there’s no reason why he shouldn’t be winning again.

Great odds on offer for a last start winner which has looked impressive throughout his career.

The future stallion prospect for Peter and Paul Snowden easily handled them in the San Domenico Stakes and his only poor run came in the Golden Slipper on a muddy track.

His form before the Slipper included placings behind Catchy and Property, but it also included a win over current race favourite Menari.

Menari was impressive last start, but Pariah has much more professionalism about him and we’re loving the odds on offer from Sportsbet.

Tango Rain defied them all last start and his fitness will be in tip-top shape for this.

Gerald Ryan lines up the four-year-old which wasn’t fancied late in the betting at Rosehill, but punters have regained the faith this time around and have launched into the odds available.

This field isn’t any harder than he has faced in recent starts and drawing barrier two will allow him to find the rails and kick strongly again.

He is giving weight to some handy types, but that shouldn’t matter over this distance and he’s our top play.