The Hong Kong Classic Cup headlines the premier card and with 10 races to bet on, punters have plenty of great betting opportunities.

The four-year-old is coming off a win at Sha Tin where he scored by a nose and he should be able to produce a similar effort.

He’s an Australian-bred runner that took some time to break maiden grades but he could kick on with it now and punters should get value odds in the opening race of the night.

It could be fun times for punters and the five-year-old gelding looks ready to win a race. The Tony Millard-trained gelding was good when third last start at Sha Tin and a repeat could be on the cards.

He’s s son of Savabeel that has been around the mark his entire career and with Chad Schofield in the saddle, he should be able to find cover from barrier 11.

Fortune Brilliant was brilliant on debut when winning by a half-length on this track, but he was anything but brilliant last start. He finished 10th and punters will be hoping for a big turnaround in form this time around.

We’re keeping the faith because of his debut win and with Zac Purton riding from barrier one, he should get a dream run.

We have stuck with Above through thick and thin, so we’re saddling up and going for one more try. The four-year-old scored back-to-back wins earlier this season, including a 1.3-length win at Sha Tin.

His form since has been only fair but he was only a length behind the winner last start. He only needs to lift a touch to be competitive in this grade.

The four-year-old has yet to win from three starts this campaign but his form last season is too good to ignore. He’s a winner of two from seven starts and he wasn’t far behind the winner last start.

With race fitness on his side now, we’re expecting a better effort. Drawing barrier 13 isn’t ideal but Joao Moreira rides and that’s a bonus.

Knocking on the door of a win is Casimiro, which has run just behind the winner at his last two starts. The two second placings holds him in good stead for this race and carrying a light weight helps.

It’s another nice runner for trainer Paul O’Sullivan and there has been plenty of early money come his way.

Golden Sixty continues to win and he made it eight wins from nine starts last start. The impressive son of Medaglia D’oro hasn’t been tested of late, winning his last six races by over a length.

He deserves to be the raging-hot favourite for this race and he could take his career to the next level with a win.

Frankie Lor lines up the four-year-old gelding that has been running some solid races this season. His form includes consecutive fourth placings where he was hitting the line nicely.

Having the services of Joao Moreira is going to help his chances and punters have already come for him in the betting markets.

The Millard-trained four-year-old has two wins and two second placings from six starts, which is a handy record to have.

He went very close at Sha Tin last start when second and anything close to that performances sees him winning this race. Moreira takes over the riding from Karis Teetan, so consider.

Monica is a six-time winner from 24 starts that is coming off a 1.3-length win at Sha Tin. The son of Murtajill is more than capable of going back-to-back and he loves this track.

Punters should be able to get each-way odds in the last race.

Fixed odds vs. tote odds for horse racing – which is better? 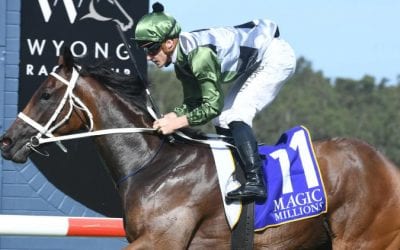