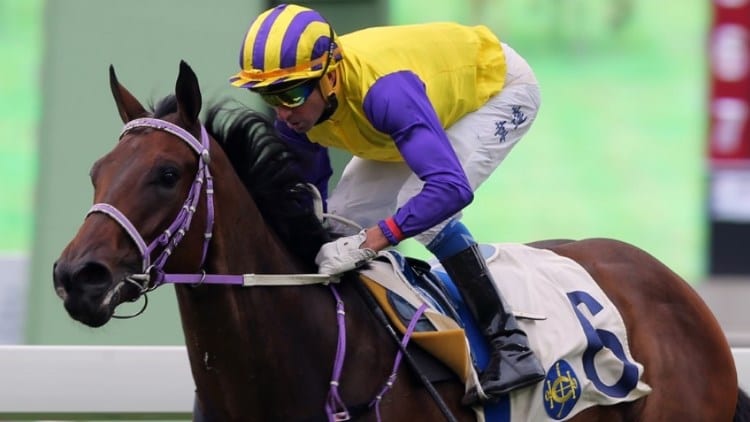 We have expert betting tips for the betting card this Sunday at Sha Tin in Hong Kong.

Hong Kong racing is always a must-watch, especially the Sunday meetings at Sha Tin. We have every race covered.

Winning Method looks a top chance and it’s good to see The Magic Man Joao Moreira in the saddle.

The Australian-bred runner ran second on debut before improving to win last time out at Sha Tin. That win came by 3.3 lengths and there could be a repeat on our hands.

Punters won’t get rich but it should start the day off nicely.

It’s tough to back against Australian jockey Zac Purton at the moment. He has ridden two six-win days recently and that’s some effort.

He partners Indigenous Star here, which won well two back and did well to run third last start. That came behind Doctor’s Delight and that form is going to stack up nicely for this.

Another likely favourite to start the card but favourites have a good record in Hong Kong.

The Australian-bred runner is having its second start and there were encouraging signs on debut when running second.

It was quickly spelled following that run two months ago and it should be able to return to the track is fine form.

Karis Teetan is another good jockey to follow and there’s enough betting support there to suggest Aquila as a leading chance.

Punters are getting each-way odds for this runner which has yet to win from three starts, but has plenty of upside going forward.

The Tony Cruz-trained runner finished a career-best fourth last time out and should have strengthened up nicely from that outing.

Although beaten in three runs, it hasn’t been far away in any of them.

John Size trains this runner which scored as the favourite fresh up before running fourth behind Magic Success last time out.

That could be put down to the second-up factor and punters should be expecting a much better performance this time around.

Seeing Moreira in the saddle is a great sign and if punters get anything better than $2, that should be considered good value for a promising type.

An even betting field will be presented here and Follow Me could be worth following.

The Size-trained runner is second-up after running a slightly disappointing eighth last start but more is expected now.

Has good form prior to that and there’s a good betting lead with Moreira riding. He’s not the determining factor, but it certainly helps when he’s in the saddle.

This could be a runner to follow for the future.

We love betting on the “Beauty” horses and Beauty Loyal could reward loyal punters here.

The Tony Cruz-trained runner has placed at its last two starts and it’s about time it scored a win.

It finished within a length of the winner last start on May 26 and with that run under the belt, it should have a fitness edge over this field.

Worth putting on top at each-way odds.

Lakeshore eagle could provide punters with some value and it should be paying nice odds.

The So-trained runner is fresh up after winning and placing from three starts last season. That form should stack up nicely for this and although it has been five months off the track, it found form quickly last time in work.

The light weight of 52kg is only going to help its chances and we’re confident of a big run.

Invincible Missile could land the prize here and its recent form has been solid, despite not owning any recent wins.

The So-trained gelding enters this race with three placings from his last four starts and Zac Purton takes the ride for this run.

Likes to track the speed and with 55kg on his back, he should get every chance to pounce late.

Marzouq hadn’t been showing much form but was much better when running third last time out.

It made good ground from midfield and it looks close to scoring a long overdue win.

It’s another plum ride for Joao Moreira and we’d be surprised to see it not fighting out the finish in a big field.

The New Zealand-bred runner for John Size scored an impressive win last time out and it looks more than capable of winning again.

Only rises up a touch in weight and surprise, surprise, it’s another good ride for the Magic Man.

That should see it land into a good position and with some luck in running, he should be firing at the business end of the race.

Top chance and punters have come for it.