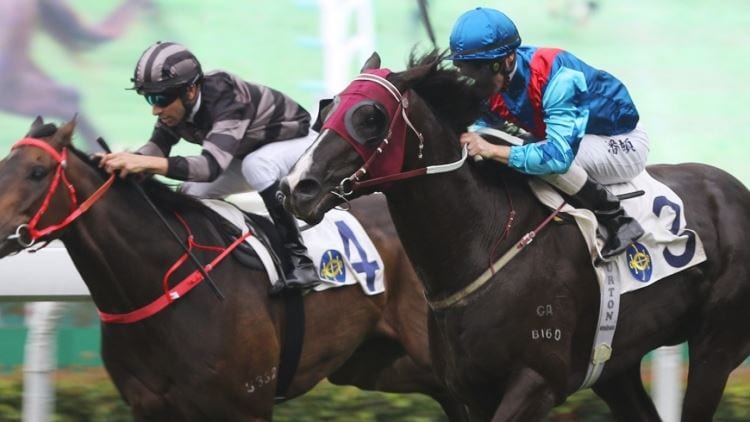 We have expert betting tips for the betting card this Sunday at Sha Tin, which features the Premier Plate.

Racing at Sha Tin in Hong Kong is always top quality and with 10 races to enjoy this Sunday, punters are getting big value with bookmakers.

The form of Nashashuk might not read well but the John Size-trained runner hasn’t been too far off the pace this season.

It was a little disappointing last start but it sat on the speed the start prior and ran third at Sha Tin. That’s a good effort coming into this and with Joao Moreira in the saddle, that should give punters plenty of confidence.

London Hall is in fine form having won its last two starts and we’re not picking against it this time around.

The David Hall-trained gelding won only by a nose last start but it was a tough performance and he hit the line with good power.

Carries a big weight of 60kg but that’s because he’s a quality type.

Styling City has two placings from its last three starts and there should be good betting support for the John Moore-trained runner.

Dropping in weight to 53.5kg is going to help and good improvement is expected with three runs under the belt this preparation.

This is a wide-open field and Voyage Star could turn around some fair recent form and score the win.

The New Zealand-bred runner boxed on nicely to run fifth two starts back and its most recent finish came against a stronger field.

Zac Purton rides and he has been winning on everything this season.

Most of the money has come for Monkey Jewellery, which is fresh up having had two runs for one placing last time in work.

The Size-trained runner hasn’t raced since October and has been given a wide draw here, but it showed enough in those two runs to be highly-considered for this.

Moreira is booked to ride and he’s the right jockey to navigate the wide draw.

Flying Victory showed nothing on debut when running 10th of 13 starters but it was a much better performance last time out.

The Lor-trained runner scored a one-length win at Sha Tin and was quickly put to the spelling paddock following that win.

This isn’t an overly strong field and it could make a winning return at each-way odds.

Prior to that it scored a 1.8-length win at Sha Tin and although it rises up in weight from that run, the easier field will help.

Zac Purton takes the ride and we’re expecting the bulk of the money to come for Voyage Warrior.

Ruthven is a former Australian which hasn’t shown its best in Hong Kong, but that could all change in the Premier Plate.

The Lor-trained runner finished third two back at Happy Valley before running eighth at Group 3 level last start. It’s better than that and we’re prepared to give it another chance.

Running down in the weights at 51.5kg is only going to help its chances.

It hasn’t been seen for over a month following its win at Sha Tin on May 18 and that was a good effort going forward.

Prior to that it finished behind Solar Wei Wei and that kind of form looks good for this race.

Picken is looking to improve on some moderate recent form but the Australian-bred has improvement to come.

It wasn’t too far behind some nice types on this track last time out and seeing Moreira booked for the ride is a big positive.

Drawing barrier four should see it land on the speed and give a good kick in the straight.