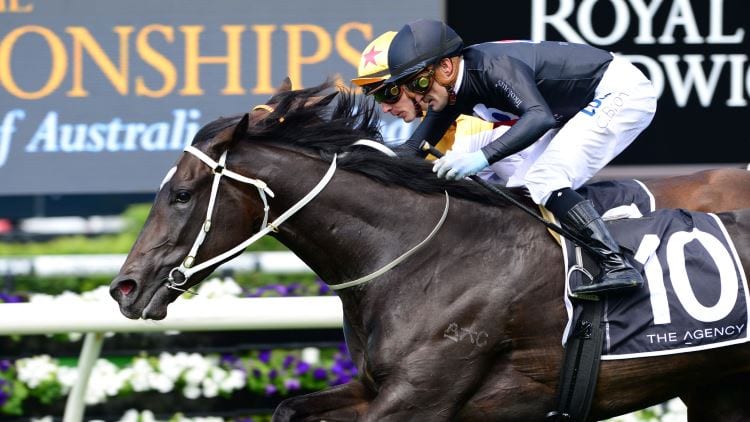 The Silver Eagle is a new race on the calendar and it leads into the Golden Eagle later this spring.

Worth a cool $500,000, some classy runners line up for the big money at Randwick this Saturday.

The field of 12 is one of the best races this Saturday and we have our best Silver Eagle bets.

Our best bets for the Silver Eagle 2019

Showed plenty of ability as a youngster but he hasn’t lived up to expectations since.

Was beaten by Terbium as the odds-on favourite last season and that form hasn’t been franked since.

Big odds on offer for this former top type.

Good odds on offer for a runner which has the potential to win a big race.

Good win when resuming this campaign and although he has been average since, he’s an enigmatic type which could produce on race day.

Nice odds on offer and they’re worth taking.

Tough to deny his recent form which includes consecutive wins this campaign. When last in work he was good enough to win five on the trot, so respect his chances.

He has attracted the majority of the attention with bookmakers and rightfully so. However, we’re not prepared to take the $2.60 on offer.

Must be included in multiples with that being said.

Didn’t fire when finishing seventh fresh up but he usually improves with more racing under his belt.

Has been specked at double-figure odds and will likely run as one of the better each-way prospects.

Behemoth is a behemoth of a race horse but he might find some of these slightly too slick.

He is coming off a nice win at Morphettville and we have seen form from the south stack up nicely this season.

Chance but this is a tough race.

Upset as a favourite last start and it’s tough seeing him improving enough to take this out.

Drawing the rails will help his cause as he got wide last start, so don’t completely rule him out.

Punters are getting nice odds considering the risk.

Ended his last campaign with consecutive wins but this is a tough race to win after only six career starts.

He does possess a good turn-of-foot and that can win you many races. Not the worst here and he could show up at odds.

Much better effort for second last start but it’s hard to see that form stacking up for this.

Drawing wide is going to make it tough but at least punters are getting good odds.

Stable is firing and Buffalo River looks a nice type in the making. Rattled off three consecutive wins last campaign and the imported runner has plenty of upside.

Drifting in the betting but he should be right around the mark with some luck in running.

Three consecutive wins coming into this race and she has really found form at the right time.

She has really come of age this season and there is good betting support for the four-year-old mare.

Didn’t lose any admirers when finishing off nicely for second last start behind Mizzy.

That run is going to hold her in good stead for this and she didn’t put a foot wrong when winning all three starts last campaign.

Drawn well and carrying 54kg is going to bring her right into contention.

Looks held at this level but punters are getting good odds.

Finished off last campaign well and it could need to improve slightly on that.