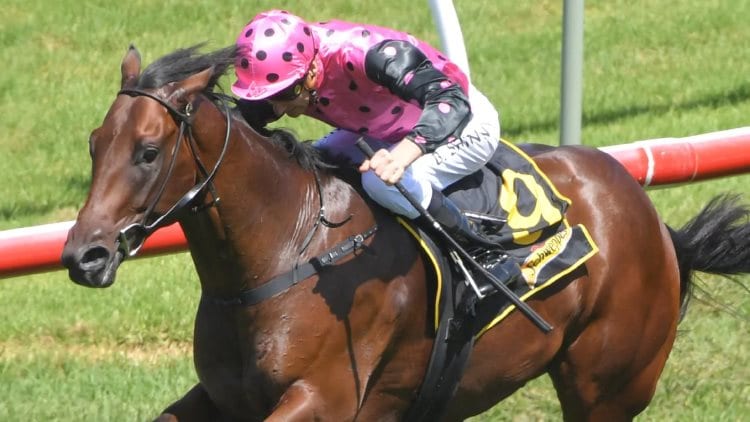 The Inglis Sires’ Produce kicks off Group 1 action from the 2020 Championships at Randwick.

Australia’s best juveniles do battle over the 1400m, and an extremely even field is presented to punters this season.

We have form and our best bets for all 15 runners in the 2020 Inglis Sires’ Produce this Saturday.

It was a top effort to run third in the Golden Slipper at only his second career start. The John Thompson-trained colt rallied along the inside of runners, which was a nice effort.

He’s only going to improve with time and having experience on rain-affected tracks should do him plenty of good.

Coming off a solid win at Moonee Valley is Larimer Street. The Busuttin/Young-trained colt capped off consistent form with the good victory.

He’s bred to enjoy longer distances, so the 1400m looks ideal. He has already had a run over this distance when second behind Lunar Fox at Flemington.

Prague has ability and he worked to the line nicely in the Slipper. However, despite winning three of his five starts, he can produce an off run.

He is a past winner at Randwick, which is a big bonus, but we would need longer odds than $6 to entertain his chances.

The Redoute’s Choice colt finished 6.9 lengths behind Farnan in the Slipper, but he’s bred to enjoy this distance.

He got back in the run and made up a little ground in the straight. His form throughout his career has been solid and we wouldn’t rule him out.

$11 is a fair price from bookmakers.

The two-year-old broke maidens at Mornington last start, but we’re not sure that form is going to hold up well.

He ran 14th in the Blue Diamond and although he ran second behind Hanseatic, his form has tapered off a touch since.

Holyfield landed the knockout blow when scoring at Rosehill last week. He handled conditions best and he could go well again.

It’s not easy to go back-to-back within seven days, but we wouldn’t be ruling him out. Include in first four bets.

Aim bypassed the Golden Slipper and was instead saved for this race. It could be a master stroke from Team Snowden, and bookmakers are confident.

Since winning his first two starts, his form hasn’t been top shelf. However, he gets the inside draw and he should be competitive from there.

Ole Kirk was a tragedy beaten at Flemington last start. He never got clear air in the straight and he was hard-held to the line.

Prior to that he scored an upset win on debut at Flemington. He’s a nice type in the making and his recent trial win at Randwick is a great sign.

Punters are getting generous odds.

The Snowden’s have a good team engaged in this race. Bartley could add some value to calculations, following his second placing at Canberra.

It’s good to see James McDonald stick with the son of Written Tycoon. He could be the difference.

Punters would have been disappointed with his effort last week at Rosehill, but he never looked happy.

The Gerald Ryan-trained colt could rebound nicely if there’s plenty of pace in this race. He will get back and attempt to storm home.

We’re prepared to give him another chance.

Another Ryan-trained runner, but this one doesn’t look like a winning chance. He has yet to win from three starts and he didn’t show much last time out.

Kiwi jockey partners the Snitzel colt, which scored a win at Flemington two starts back. He finished off stylishly behind Larimer Street last start, which could be a solid form guide.

He’s getting respect from bookmakers, so he’s an interesting type.

Cultural Amnesia is coming off a tidy maiden victory where he controlled the pace before kicking away.

The 2.3-length win was a solid effort, but rising to Group 1 level is another test. He might struggle in this race, but he could mature into a nice type.

It would be a very big upset to see him winning.

Yet to win from four starts and that’s unlikely to change.