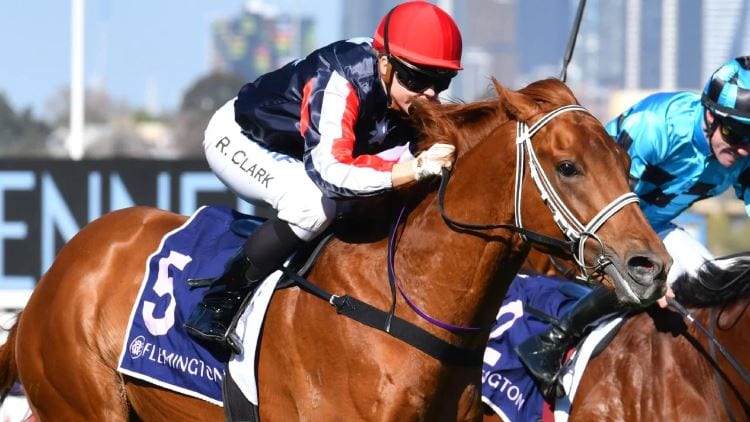 The Group 1 South Australian is a highly anticipated contest that involves some classy three-year-old stayers.

Can Dalasan hold off the charge from Russian Camelot and Warning? Or, will there be an upset result?

We have our best bet and value runners for the 2020 South Australian Derby run at Morphettville this Saturday.

Dalasan has rebounded well after finishing fifth in the All-Star Mile with back-to-back wins. Both wins came on this track and he’s now unbeaten after four starts at Morphettville.

The three-year-old deserves to be favourite for this race after beating a classy field last start and that form stacks up nicely.

Warning has been set for this race and his run for third behind Dalasan last start was eye-catching. He flew home after settling back and rising to 2500m is ideal.

The Victorian Derby winner has already won over this distance and he should be finishing the race off stylishly.

He has been right behind Dalasan this campaign and punters shouldn’t overlook his chances. The Good Journey gelding ran second last start and he’s bred to see out this distance.

He won’t need to do any work from the inside barrier and the $20 on offer is good value. He’s a first-four chance.

Russian Camelot has the ability to win this race but he has had his problems. He was scratched last start after an elevated temperature, which isn’t ideal leading into this race.

His seven-length win at Pakenham was a good effort and the ability is there, but $4.20 is short for an enigmatic type.

Miyake comes through a win at Canterbury which was a good effort. He stormed home over 1900m and he shouldn’t be worried about the 2500m.

This is a big rise in class, however, so the $13 looks short. His opening quote was $21, so there has been good action come his way.

Saint Eustace enters this race having finished second at Flemington in the St Leger. It came over 2800m, so he’s going to get the distance.

The son of Tavistock is bred to stay and although there are better horses in this race, the Derby is all about seeing out the distance.

Include him in selections at the generous odds.

Rising Archie is on the quick back-up after running third at Sandown last week. We’re not sure if is the best form guide for this race.

Punters should respect the trainer but at odds of $101, it’s unlikely to see Rock Steady giving them a fright.

The colt showed nothing in the St Leger and he finished 5.6 lengths behind the winner. He would need to turn that form around considerably and we can’t see that happening.

He finished sixth behind Dalasan last start at odds of $151. He’s shorter in the betting here but not by much.

It’s unlikely that he’ll win, but he looks a good bet in something much easier.

Another longshot that shouldn’t get close to them. He ran eighth last start at odds of $201 and although he has shaved $150 of his price, it won’t matter.

He has yet to win or place in four attempts at Morphettville.

She did run third in the VRC Oaks behind Miami Bound, so that’s a good form guide. A top 10 showing is definitely on the cards.

It wasn’t a great effort last start and she should struggle again. It’s a harder task here and punters aren’t getting value odds.

The breeding is there for Zayydani but she’s a risky bet for punters. Her run in the Oaks was solid and she has room for improvement.

We would have entertained her chances at odds of $40, but $19 is too short.