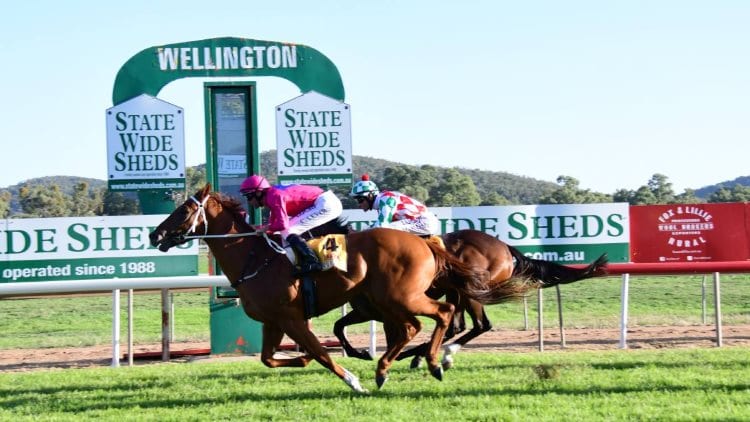 We have expert betting tips for the card this Thursday at Gosford and Pakenham.

Punters are getting good odds across the two meetings and we have picked out our best value bets.

James Cummings lines up the two-year-old that has had the benefit of three race day starts.

The son of Street Boss kicked off his career with two third placings at Bendigo and Sandown, before running fifth at Moonee Valley last start.

That run came against a strong field than what he faces here, so we’re expecting a top effort.

It’s a quality maiden field and Chairman’s List looks likely to breakthrough soon. The Busuttin/Young-trained gelding is knocking on the door after a second placing at Geelong.

He finished off stylishly after settling midfield throughout the race. Rising from 1700m to 2100m is only going to help his chances, so we’re confident.

He gets the inside draw and that only helps his winning credentials.

Another Busuttin/Young-trained runner that will appreciate the rise in distance. The three-year-old is dropping in grade after running at Flemington and Ballarat at its last two starts.

His most recent run came at Ballarat where he made good ground late over 2000m. The slight rise and drop in opposition should help his chances.

Punters could get each-way odds and they’re worth taking.

Unbeaten after two starts is Moi Choux, which could make it a perfect three-from-three.

The three-year-old scored on debut at Cranbourne by 3.5 lengths as the short-priced favourite, so they knew something from the beginning.

He then won narrowly at Moe before being sent out for a spell. We’re expecting him to return to form with style and he could pay a better price.

Looking to stay unbeaten is Mamelon, which couldn’t have been any more impressive on debut.

The three-year-old filly won by 3.3 lengths after stalking the field into the home straight and kicked away for an easy victory.

She’s a well-bred daughter of Akeed Mofeed that faces a tough field here, but she looks to have class on her side.

Astrobaby is knocking on the door after posting four consecutive placings. The Sally Torrens-trained mare stormed home to finish second at Narromine last time out.

It’s a good form guide for this race and after 16 starts for eight placings, she deserves a winning turn sooner than later.

Greg Ryan takes the ride off the inside draw.

It has been a while between drinks for Iamacrumpet, but she has speed to burn. The five-year-old has yet to miss a placing over this distance and she drops in grade.

Her most recent run came in open company, so dropping to BM66 is a massive drop in class. Luck plays its part in these 900m races, but she jumps well and guns it.

That’s a good trait to have, so put her on top.

Punters have been burned a touch this preparation, but Madame Pauline has the ability to win.

The five-year-old mare owns two wins and three placings from six starts, so there’s no doubt about her consistency.

She has been beaten as the odds-on favourite twice this preparation, but she could pay off punters here.

White Boots is the clear top pick in the Wellington Cup. He has been running behind the likes of Matowi, Fun Fact, and Think It Over in Sydney.

It’s hot form for a race like this and the winner of seven from 26 looks a great bet, despite carrying 62kg.

Bookmakers should have him firm in the market.