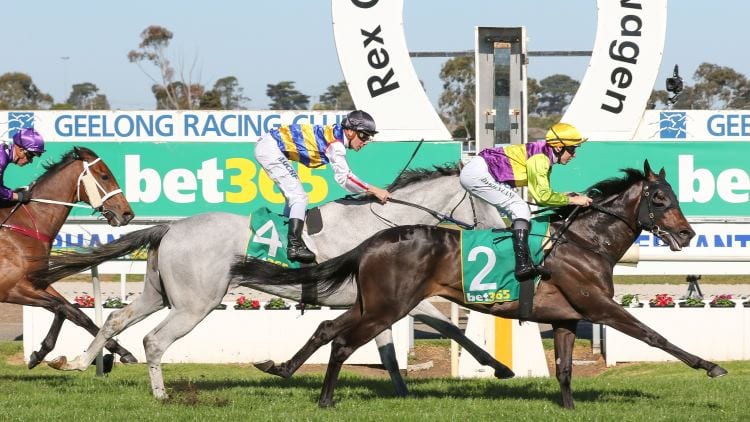 We have expert betting tips for the cards this Sunday at Geelong and Wyong.

There is plenty of value available with bookmakers at the Sunday meetings and we have our best bets across the cards.

Strong money has come for King Tommy, who is a well-related son of Capitalist.

The Ellerton-trained three-year-old opened at $2.90 before firming to $2.50, which is a solid betting move for the favourite.

Barrier two is ideal, so expect a top effort.

Chris Waller lines up the three-year-old son of Fastnet Rock who was well-supported on debut.

He finished sixth at Geelong, but he was only 2.6 lengths behind the winner, so it was a satisfactory opener.

Damian Lane rides and we’re happy with the $3.10 available.

Hereforagoodtime is knocking on the door after three placings from her last four starts, so he goes on top here.

The four-year-old mare by Tavistock has yet to race at Geelong, but she looks well-placed after running second at Cranbourne.

We’re not surprised by the money coming for her.

The Maher/Eustace-trained gelding owns two wins from four starts and he could get back to his best on Sunday.

He scored wins at his first two starts, including a 2.8-length victory on debut, which stands out against this level of opposition.

He’s getting back up in distance for this race and drawing the inside barrier should see him right in the mix.

Team Hawkes lines up the talented three-year-old filly who won at Wyong last time out.

The daughter of Starspangledbanner scored by a length on a heavy track and she gets conditions to suit on Sunday.

Punters have to take an odds-on quote, but she is the testing material.

Regal Pom has been threatening to break maiden grades after posting three placings from six starts and he gets his chance now.

The three-year-old son of Press Statement was only 1.6 lengths behind the winner last start, which is an excellent form guide.

The Kim Waugh-trained son of Star Turn didn’t fire at Randwick last start, but he has since placed in a trial, which is a good sign.

This stable knows how to get them ready and we like his chances.

Private Detective is shooting for three wins on the bounce and he scored easily last time out.

The five-year-old son of Husson scored by 4.3 lengths at Orange, and although he meets a tough field here, he’s good enough.

Two of his five career wins have come over the distance and he has handled wet tracks in the past, so put him on top.