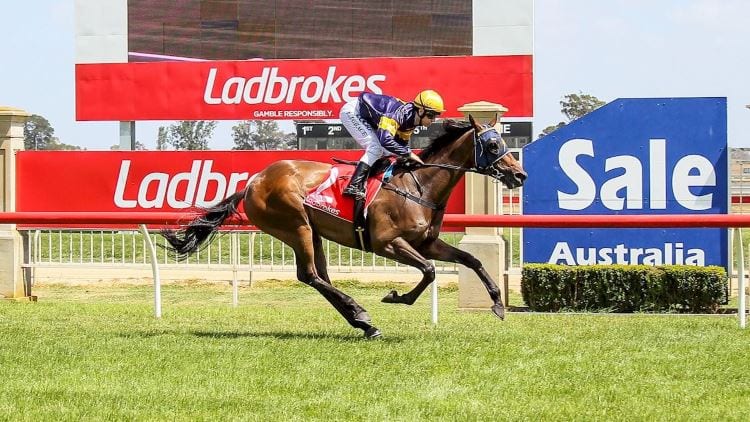 We have expert betting tips for the cards this Sunday at Sale and Coffs Harbour.

There is plenty of value on offer for punters and we have picked out the best races throughout the day on Sunday.

Ajay’s Ace is looking to cap off solid form which includes back-to-back second placings. She made good ground at Pakenham last start and a maiden win isn’t far away.

The daughter of Charm Spirit rises up in distance, which won’t be an issue, and she deserves to be the early favourite.

Watch the market for a significant betting push.

The Ken Keys-trained gelding has threatened to win and after three placings from five starts, he is getting close.

He finished third at Cranbourne last time out at each-way odds and punters are getting shorter odds this time around.

The son of Uncle Mo is in good form for this race so expect a nice effort.

Kamien’s odds have shortened throughout the week and he could start shorter than $2.75. The four-year-old won at Sandown last start and that form is good for Sale.

He does make a rise in class but he gets in relatively good on the weights and there are no superstars in this field.

He still represents value for punters and he will show plenty of ticker in the straight.

Roppongi was too good for them at Wodonga last start and he’s capable of going back-to-back. The Nick Ryan-trained gelding sat on the speed and kicked strongly for the one-length win.

He owns a placing at Sale, which is going to help, and we’re surprised at the odds available. He opened at $9 and has been backed into $7, so punters have caught on.

Boomstock has been a consistent runner this season and his overall record is 16 starts for three wins and 10 placings.

There is a lot to like about the son of Tavistock, which scored a win at Cranbourne two starts back. He backed that up with a handy placing and that form is good enough for this race.

$3.80 is a fair price and those odds could shorten.

Another Sin looked to have a big future and although he has slipped off the radar, he is still racing in solid form.

The five-year-old is a six-race winner and he is dropping back in grade after running fifth at Wagga last time out.

He owns more ability than most in this field so consider.

Sylvia’s Memory owns the talent and just needs to get some luck in running. The three-year-old filly has a win and a placing from seven starts, with the win coming on this track.

The win came early in her career and she hasn’t won since, but returning to Coffs Harbour should switch her back on.

$4.40 is a value price and we’re confident of her chances.

Penhurst was pulled up at Grafton last start but he is worth another chance in the feature race.

The Matthew Dunn-trained six-year-old is a three-time winner but he has taken on strong company through his career in Sydney and Brisbane.

The son of Fastnet Rock has been well-backed to win and rightfully so given his natural ability.