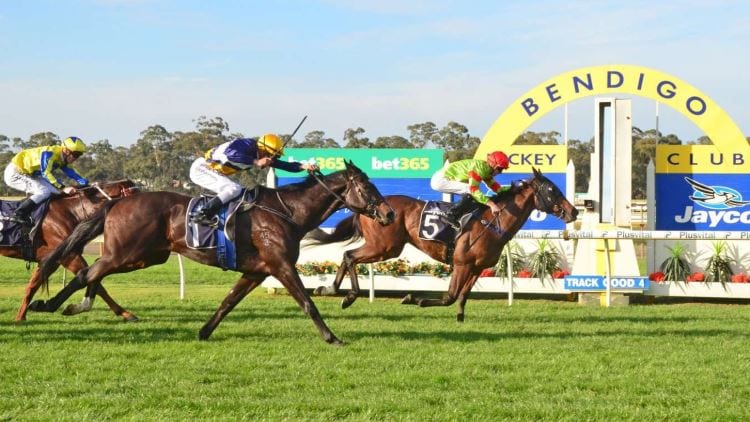 Quality betting cards are available this Sunday and we have our best value bets for both meetings.

Drawing barrier 16 isn’t ideal for the Mike Moroney-trained gelding but he’s the class runner of this maiden field.

The three-year-old ran second behind group placegetter Chenier on debut before running second at Sandown last time out.

He’s heading in the right direction and he goes close with luck.

He shouldn’t have lost too many admirers with those performances but punters will need to take short odds once again.

Team Corstens lines up the three-year-old filly that could improve enough to break maiden grades. The daughter of Sizzling finished strongly for fourth last start and a win has been beckoning all season.

She ran third at Moonee Valley last December behind Paul’s Regret. That form stacks up well for this grade and having Dwayne Dunn in the saddle helps.

$2.60 is a fair price and we’re expecting those odds to shorten.

There was big expectations of Need New Friends last campaign and she delivered some competitive races.

After winning on debut at Kyneton, she squared off against some classy fields. She ran close behind the likes of Pretty Brazen and Kuramae, so that’s top form for this race.

Drawing barrier two helps and her opening odds of $3.10 have been taken.

Lake’s Folly was much too good for them last start when winning by 2.3 lengths. The Anthony Freedman-trained gelding settled back and came with a big run late.

It was the son of Pierro living up to expectations and we fancy his chances to kick on with it now. Punters are getting fair odds and we expect those odds to drop throughout the week.

Four-year-old mare Osaycan is good enough to win and with three placings from five starts, she could win here.

She showed a good turn-of-foot on both occasions and rising in distance only helps her chances.

Global Citizen went down by a nose last start and he was a touch unlucky to not win. The three-year-old colt owns two second placings from two starts and he’ll be odds-on to win.

Maiden grades won’t hold him for much longer and the son of I Am Invincible should get a dream ride from Robbie Fradd.

Valet is a three-year-old coming off a solid run for fifth against harder opposition. The Tony Gollan-trained gelding looked good prior to that and he should get every chance in this race.

Baylee Nothdurft is riding well this season and despite drawing barrier 10, he should be able to get a nice trip in transit.

We’re expecting money to come for Valet throughout the week.

Three-year-old gelding Tactical Move was an impressive winner on debut before being sent for a spell.

The Edmonds-trained runner won by a length despite being galloped on, so it was a very nice effort. He’s a son of Dissident that should get better with time and he’s certainly made a good start.

Watch for some big bets to come his way.