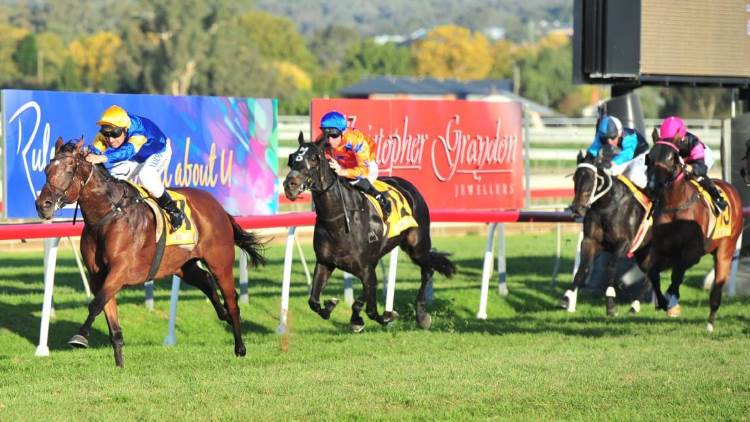 We have expert betting tips for the cards this Sunday at Kilmore and Queanbeyan.

There is always plenty of value with bookmakers on Sunday and we have our best value bets this week.

Lindsay Park lines up the three-year-old which will appreciate facing a slighter easier field this season.

The daughter of More Than Ready kicked off her career at Flemington, where she ran eighth behind Divine Caprice.

Her most recent effort at Donald was better and that form bodes well.

Lorente ran second on debut at Kyneton and he was only defeated by a nose. That form looks good for this race and there has been good betting support.

He is bred to appreciate longer distances, so rising to 1600m is ideal and the $2.20 could firm throughout the week.

Bet Red is a consistent gelding that doesn’t know how to run a bad race. He has finished in the money in nine of his 10 starts and he enters this race with five consecutive placings.

Damien Oliver riding is a positive and he should be able to drop for some cover from barrier eight.

It won’t take him long to score his second career win, so stick with him.

Form is with Power Scheme, which has rattled off two wins and two placings from four starts this preparation.

The Lindsay Park-trained four-year-old scored a win at Flemington before running second behind So Si Bon at Sandown.

His form is great for this race and punters are getting value each-way odds.

Pintoff has already scored two wins from his first four starts and he’s capable of adding another on Sunday.

The Richard Cully-trained gelding won at Warrnambool two back before placing at Moonee Valley last month.

Both career wins have come over the sprinting distance and punters haven’t missed him in early betting markets.

Punters will have to muscle up and take short odds for Proud Mia, but she is a smart filly that should be winning this race.

The Nick Olive-trained filly owns a win and three second placings from five starts, including two impressive performances on this track.

Pressita is a two-time placegetter from three starts and it won’t take her long to break maiden status.

The daughter of Press Statement didn’t quite handle the heavy track conditions at Kembla Grange, but the improved surface helps.

Her recent trial placing at Warwick Farm is ideal and her odds will likely shorten.

Eaglehawk didn’t fire at Gundagai last start but his win at Canberra prior to that is enough to warrant attention.

The six-year-old gets back to 2000m here, which is ideal, and with four starts for two wins and two placings at Queanbeyan, his record is impressive.

$3.70 is a price worth taking in the feature race of the day.

Power Me Up scored an overdue win last start and the four-year-old could kick on with it now.

The son of Pins scored by four lengths at Corowa and stepping up in distance was clearly the turning point.

After opening at odds of $2.70, strong money has come for him throughout the week. Expect more money to come on race day.