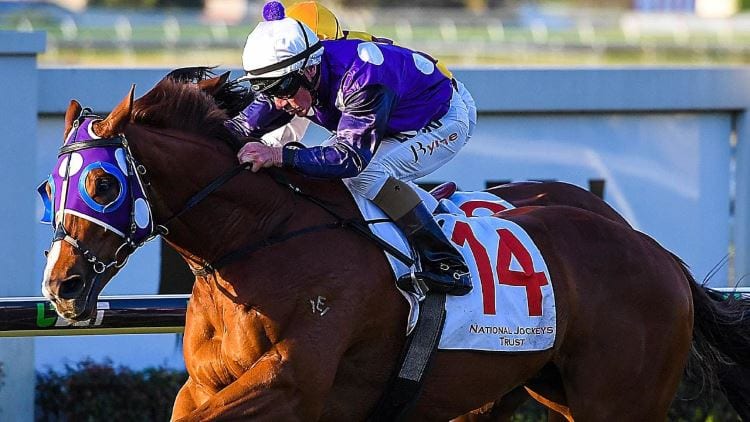 The big Queensland stables are out in force at Sunshine Coast this Saturday for the Sunshine Coast Cup, which also features the likes of Chris Waller and James Cummings.

It’s one of the biggest days on the Sunshine Coast circuit and we have free tips and form for all nine races on the card.

Saxton Rock might not have the best form coming into this race but he has class on his side and deserves a chance of fortune.

The three-time winner from 20 starts should have scored more wins throughout his career but he has been facing tough assignments and there isn’t much competition in this race.

He has placed in all three attempts at Sunshine Coast so he’s a definite each-way player.

Art Attack rarely puts two wins together but he savaged the line when winning at Eagle Farm last start and he’s certainly not paying $41 to win this time.

The Jenny Graham-trained six-year-old is a seven-time winner but he spaces his wins. He has, however, won twice already this campaign and he might start producing more consistent performances.

Chance but don’t take anything shorter than $3.40.

The All Too Hard gelding was a narrow winner on debut at Sunshine Coast and although the time wasn’t anything to get excited about, he looks tough to beat in this with a recent trial under his belt.

Booking Jeff Lloyd to ride is going to help and it will also help bring his price down. The $2.50 could drop significantly which would make it good value.

Three-year-old chestnut filly which performed much better than expected when running fourth in the Magic Millions 3YO Guineas last year.

That effort would typically warrant her being a $2 chance here but punters are getting some value due to the 58.5kg on her back. She carried 54kg in the Magic Millions and although rising in weight, that performance and her weight will take her a long way.

Kris Lees lines up the three-year-old filly which has improved nicely this campaign to score a win and a placing. The filly by Declaration of War scored by a half-length at Newcastle before running second at Gosford last start.

She finished only a neck behind the winner on that occasion so take nothing away from that performance and she should be right in the thick of the action once again.

Has class and that was shown when winning four consecutive races, including wins at Doomben, Caulfield and twice at the Sunshine Coast.

Her unbeaten record on this track is a major positive for this run and her five wins from 15 starts is tough to overlook. She didn’t fire when finished 16th in the Furphy Sprint at Flemington but she has been given time to get over that run.

Stick with her and she runs well fresh.

Punters might miss Star Rock at the bottom of the page and that’s some good value on offer for the Matthew Dunn-trained gelding.

The five-year-old is a winner of three from nine with four placings and he comes into this race having scored by 1.3 lengths at Ipswich last time out.

His only poor run came at Gold Coast but conditions suit better here.

Trainer Kelly Schweida has been performing well of late and he could land the prize with Shogun Sun at each-way odds here.

The four-year-old has always been around the mark and although not entirely lucky in his races, when the breaks go his way, he can perform at a high level.

The son of Written Tycoon ran third behind Redouble last start and that form is going to be good enough to take this out.

Coral Bay put three wins together this campaign before running fair races when rising in grade. The Show a Heart gelding finished third at Doomben behind Ecker Road before running a slightly disappointing seventh at Eagle Farm.

He finds an easier field here and with Brad Stewart in the saddle, he should be able to get a good passage throughout the run and give each-way punters some good value.