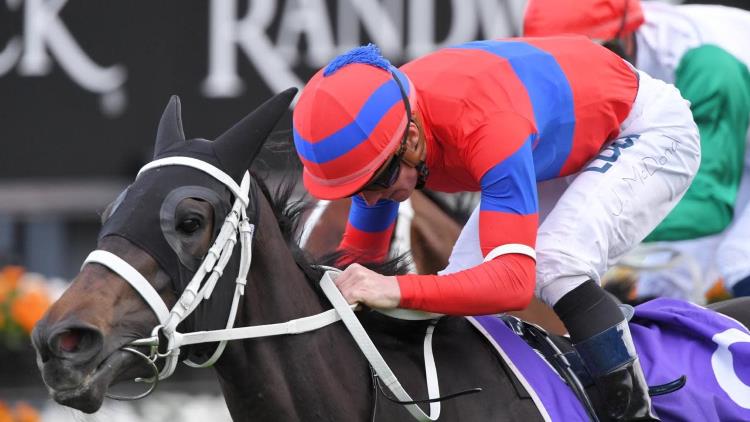 The 2020 Tancred Stakes promises to be a great race, and we have done the form for every runner in the field.

Kiwi runner Verry Elleegant is the dominant favourite, but it’s a quality field out to take the Group 1 honours. 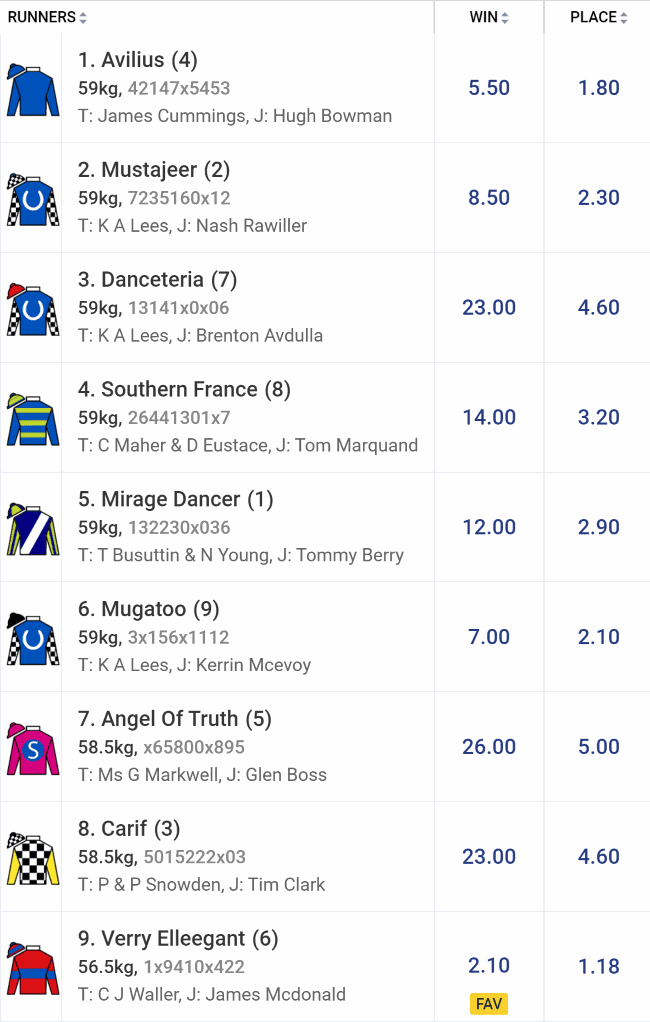 Our best bets for Tancred Stakes

Avilius continues to run below his best and the market is now adjusting. He opened at $4.80 and has drifted to $5.50, which isn’t too surprising given his form this campaign.

The six-year-old is an 11-time winner, so he demands respect, but he has placed in only one of his four runs this preparation.

A turnaround in form will be needed, but we need longer odds to entertain his chances.

We’re surprised at the odds of Mustajeer, which scored nicely two starts back at Rosehill. He followed that up with a solid second placing behind Master of Wine.

He was good enough to run in the Melbourne Cup last November, where he endured some terrible luck. That class should shine through and rising to 2400m is ideal.

Kris Lees lines up the imported runner which owns seven wins from 19 starts, but is struggling since arriving in Australia.

He’s a well-bred son of Redoute’s Choice, which might have needed time to find his feet. Two of his three third-up starts have resulted in wins, so we wouldn’t completely rule him out.

Another runner good enough to run in the Melbourne Cup, Southern France could show his class.

The five-year-old son of Galileo didn’t do much when seventh at Flemington last start, but he was always needing the run.

The best guide will be the betting markets, and there has been some specking in the market throughout the week.

The son of Frankel ran well when third at Caulfield two back, but he only held his ground at Flemington last start.

He has finished in the money in 13 of his 21 starts, so he can’t be ruled out. The 2400m looks ideal and he won’t have to do much work off the inside barrier.

We thought he would be slightly longer in the betting, so wait for better odds.

Mugatoo was outgunned by Young Rascal last Saturday, but he shouldn’t have lost any admirers from the outing.

His form prior included three consecutive wins and although he’s giving away experience to this field, he’s a star on the rise.

We almost put him in as our best each-way, but he went awfully close.

The four-year-old caused an upset when winning the Derby, but he hasn’t done anything since. Based on his recent form, he should be paying much longer odds than $26.

He’s also unsuited by the weights at 58.5kg. He gives Verry Elleegant 2kg, and he doesn’t appear to have much chance based on that.

Peter and Paul Snowden lines up the four-year-old, which could cause a surprise result. The son of So You Think ran well for third last start, and he always improves with racing under his belt.

Tim Clark might choose to race on the speed this time around. He could string this field out and hold on nicely to run in the first three.

It was a gallant effort in defeat last start behind Addeybb, and she cleared out the rest of the field.

The Chris Waller-trained mare has been heavily backed to win after opening at $2.40. We wouldn’t be surprised to see her start as the odds-on favourite.

She’s the winner of seven of 18, and she could make it eight from 19 starts come this Saturday.