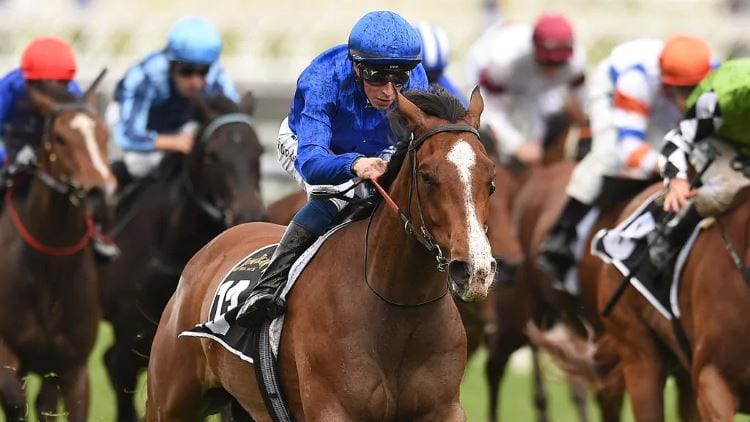 The Tattersalls Tiara is the final Group 1 of the season and we have free expert betting tips and form for every runner.

Held for fillies and mares, the $500,000 feature runs at Eagle Farm this Saturday and with a maximum field, there’s plenty of value on offer.

Chris Waller lines up the winner of over $2.1 million and that should be respected.

She is coming off a win at Eagle Farm in the Group 2 Dane Ripper and that’s good form coming into this.

$12 is great value and she will likely start at single figures.

Third behind Invincibella last start so we can’t discount that form. Yet to win since being transferred to the Waller stable and that’s a worry.

He usually gets a quick win with his imports but this mare isn’t quite running to her best ability.

That form can’t be discounted here and if they run along quickly up front, expect Spright to be flashing home late at odds.

She used to be a much more consistent type but her last three efforts have been poor.

Tough to recommend on those.

Great effort to run second in the Kingsford-Smith Cup as a $151 chance. She must be considered on that form and there has been good support throughout the week.

Tough draw is the only negative.

Looks a chance in this if she flies the barriers and they go slowly up front. That’s not going to be easy but if that happens, expect Irithea to be right around the mark.

Connections were confident that Chris Waller could work his magic last start and they weren’t half wrong.

The effort for third at Eagle Farm was a nice return to form but improving to win at Group 1 level is a stretch.

Doesn’t know how to run a bad race but we needed to see a little more last time out. Her run for third behind Pretty In Pink wasn’t quite good enough for this level.

Save for an easier race this winter.

She would have been favourite for this race a few years back, but she’s not in the same form she once was.

Has class on her side but not form unfortunately.

Current favourite on the back of a strong win at Eagle Farm where she scored by 2.8 lengths.

Doesn’t always put the wins together, however, so we haven’t got her as our favourite. Prepared to risk her here.

Talented at best and she has been around the mark this campaign with being extraordinary.

Drawn to get a nice drag into the race and we wouldn’t be surprised to see her fighting out the finish.

Has good speed when conditions suit but drawing barrier 22 isn’t ideal. She has ability but this looks too tough for this.

Last four runs have been horrible and she’s not running to the best of her ability.

Should start at long odds in the betting.

Had her chance to win last start but didn’t take it. Tough to recommend on her recent efforts and we’re prepared to overlook her chances.

Goes much better left-handed and that’s where we would want to see her. Struggles this way around, hence her long odds.

Couldn’t have been more disappointing this campaign after she promised to show so much.

Still learning but she’s better suited to age-group racing and should struggle here.

Unsuited by the distance last start but that didn’t stop her from flashing home for a big win.

It was a professional outing from the talented three-year-old and with five wins from 12 starts, she has more winning to come.

Punters are getting a nice price at $7.50 and although she’ll get back in the run, she could send Jeff Lloyd into retirement with a bang.

Probably should have won last time out and Blake Shinn admitted to making a mistake halfway down the straight.

She is a better chance on rain-affected ground, but she’s a highly-talented type which could settle ahead of stablemate Multaja and that could be the winning of the race.

Nice run for second in the Queensland Guineas but producing two big efforts in a row isn’t easy.

Drawing barrier 20 will make it harder.

Drawn deep but the American import showed plenty fresh up. Didn’t fire last start but could be worth including in first-four bets.