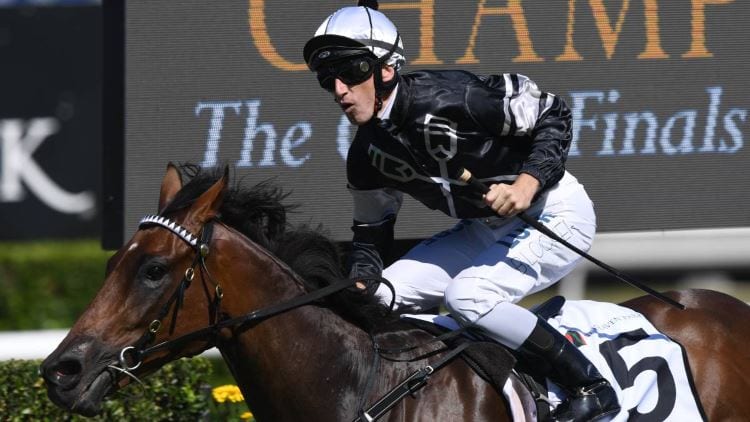 The “battlers” of the industry get their chance to win big money in the 2019 Kosciuszko at Randwick.

It’s a field of 14 confirmed starters which will not only run for their connections, but also lucky ticket holders.

The 2018 edition was fantastic and we have no doubt it will be an action-packed race again.

We have our best bets, best each way and best roughie selections.

He scored a win and a placing from four starts last time in work and this is a much easier field than what he has been contesting.

Drawn well and Tommy Berry is a man in form. Punters are getting fair odds.

The winner of this race last year, Belflyer is back to try and cause another upset.

He’s an eight-year-old which had only one run last campaign but always possesses upset ability.

He showed that last year and we wouldn’t be sleeping on his chances to repeat the dose.

Noble Boy looked a type which could progress to the elite grade when winning seven of his nine starts last campaign.

He was a touch disappointing when sixth before heading off to spell, but he’s a class act on his day.

Hugh Bowman has a good association with the Todd Bowles-trained runner and we’re expecting a top effort.

He used to be a quality type for Danny Williams but he hasn’t shown his best for some time now.

Always a threat in a race like this and getting the inside draw is ideal, but he would have needed to show something fresh up to warrant attention.

Professional winner which has scored in five of his last nine races. Tough to overlook that form and punters are getting good odds.

He’s a six-year-old which is drawn to get a nice run from barrier six and we wouldn’t be leaving him out of first-four calculations.

Winner of two of his last three but winning this would be a stretch, even with Glen Boss in the saddle.

Drawing barrier 13 hasn’t helped his chances, unless you believe the number 13 isn’t unlucky.

Suncraze looked a really nice type in the making as a youngster, but he’s horribly out of form.

He has struggled to beat a runner home at his last four starts and that’s not form you want coming into a big race.

The ticket holder was confident, but we’re not.

Nicely-backed runner which has firmed in to $8. The four-year-old looks to have a nice future and although beaten last start, he didn’t have much luck.

He looked good prior to that when winning and anything close to that form would see him fighting out the finish here.

Capable five-year-old by Pluck which didn’t fire last time out, but his form prior warrants attention.

He scored three wins from a four-start period before running consecutive second placings in some nice races.

Drawing barrier 14 didn’t help but he could add some value for place options.

Looked good when winning fresh up but only battled to the line when sixth last time out.

Not going to find it easy from a wide barrier and it would need some good luck to be figuring in the finish here.

Ran well in this race last year and having had that experience will hold him in good stead.

The five-year-old hasn’t done much wrong since then either. He has posted two wins and three placings from six starts.

We’re a bit surprised by the odds on offer but we’ll happily take them.

Very capable type which has been running against harder opposition than this.

Gets in nicely on the weights at 54.5kg with James McDonald in the saddle and she’s a four-year-old which could rise to the next level.

Good odds on offer and each-way punters should have her on their ticket.

In winning form after scoring nicely last start but she faces better opposition here and could find this too tough.

Very little money coming for her and that should tell punters to look elsewhere.

Tough to completely rule out the four-year-old mare based on her form. She has won three of her six starts and gets in with a light weight.

However, this is a fair rise in class and that should be taken note of.