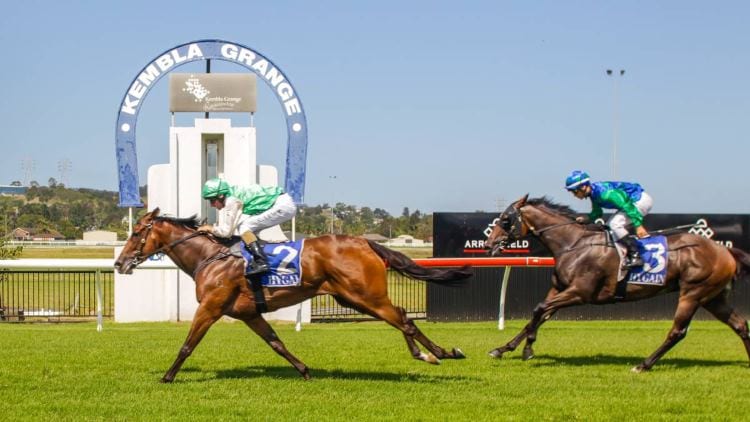 We have expert betting tips for the cards this Thursday at Kembla Grange and Moe.

There is plenty of value available for punters on Thursday and we look at the best races to bet on.

It isn’t an easy field to make your debut but Into The Fire looked good at the trials and should go close here.

The Bjorn Baker-trained two-year-old has scored two trial wins from three attempts, including wins at Warwick Farm and Canterbury.

The form from those trials has stacked up nicely and he has attracted attention with bookmakers.

The Waterhouse/Bott-trained filly looked good in two race day starts, which included a second placing on this track.

A well-bred daughter of Sebring, You Rang finished second on debut behind Escaped before racing at Randwick and showing good pace.

She finished fifth on that occasion but has since won two trials and one of those came over race-rival Oojooba.

Short odds are on offer for Triskana, but based on her form, she should be winning this race. The Waterhouse/Bott-trained filly ran behind Nudge on debut and that form has been franked at Group 1 level.

She resumed this campaign with a quality second placing at Goulburn where she should have won. She was unlucky in the concluding stages, but her win chances are high again.

Snippy Fox ended her last campaign with consecutive wins and she could fire up here. The Joe Pride-trained daughter of Foxwedge won at Goulburn and she beat some nice types in those races.

She faces a harder task here but she has been primed with a recent trial effort and having Jay Ford in the saddle will help her chances.

$5.50 is a good price and those odds could firm on race day.

Gunning for three consecutive wins is Constanzia, which hasn’t been tested in recent racing. She won by 3.5 lengths two starts back before winning by 1.3 lengths last time out.

The Jason Dreamer-trained four-year-old is unbeaten in two starts at this distance and she could continue her winning form on Thursday.

Drawing barrier 11 makes it awkward but she is a value player.

Matt Laurie lines up the two-year-old gelding that finished third on debut at Mornington and he should derive good benefit from that.

The son of Wandjina settled just behind the pace and battled on strongly behind Twain’s Express. It was a solid effort and punters should expect another good run.

The form of Feline Advisory has been mixed so far but she is a talented filly that shouldn’t stay in maiden grades for long.

She finished eighth at Echuca last start but her two placings prior were good and punters should look at that form as a guide.

The daughter of Tavistock will only get better with time and we are expecting a nice effort.

Riding High is a jumps runner but over this distance, he could figure in the finish and bookmakers agree.

The Henry Dwyer-trained gelding is a six-time winner and although many of those have come over the jumps recently, this isn’t a smart field.

He will see out the distance and getting an apprentice claim from Jaden Lloyd won’t do him any harm.

The Executioner is getting close to a win after posting two placings from three starts this preparation. He finished a close second at Seymour last week and that form stacks up well for this race.

He is still a three-year-old despite having 15 starts already and that race fitness should hold him in good stead.

Punters have taken the early odds on offer. 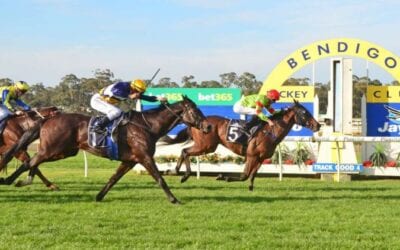