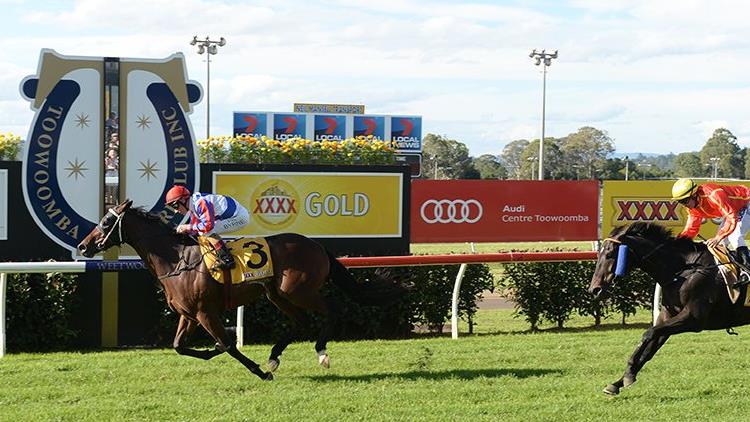 We have expert betting tips for the card this Wednesday at Toowoomba which features eight quality betting races.

Toowoomba doesn’t often have a standalone Wednesday meeting for the Queensland circuit, but they do this week.

All the big stables and jockeys will be there and we have all the best bets out of the Sunshine State.

The highly-regarded colt hasn’t lived up to expectations but the former Sydney and Melbourne runner shouldn’t take long to break maidens in Queensland.

He might need to be gelded, but until that point, the three-year-old colt should be a good winning chance in this.

Chris Waller lines up the three-year-old filly which hasn’t been far away in two starts this time in.

Experience on those tracks will help her here and although she has drawn wide in barrier 13, she should get a good ride and go close.

Entertainer has taken on some tough fields to date and should appreciate running against this lot.

The Waller-trained three-year-old finished second on debut at Gold Coast before taking on a hot field at Eagle Farm and running fifth behind Three Stripes.

This is certainly an ease in class and given the breeding of Entertainer, he could entertain punters here and run well.

Betting will be a good guide.

Higher Love comes into this having won well last start and he could kick on with it now.

The five-year-old gelding won nicely enough at Gatton last start and he showed a good turn-of-foot to score.

It was his first win for some time and now with the confidence up, he could go back-to-back for punters.

Even field and he should provide some value.

Steven O’dea lines up the consistent mare which has found good form this season.

She scored a quality win at Gold Coast by 1.5 lengths as a $10 chance and she backed that up with two placings.

Those came at Doomben and Eagle Farm, so there’s plenty to like about those performances and getting a claimer in the saddle helps.

Gets a nice chance to continue her good form.

We liked the way Temunjin’s Rule kicked off his preparation when last in work and he could go well again.

The seven-year-old scored back-to-back wins to kick off his campaign, which included a win on this track.

His form since came against some strong fields and he’s much better suited to running at this level.

Gets the inside draw which will suit.

Victory Toast is a proven winner of five from 19 starts with an added six placings.

The Beau Gorman-trained four-year-old finished fourth at Sunshine Coast last start but was only 1.7 lengths behind the winner.

Owns great track stats with six starts for four wins and two placings. Yet to miss the money and it’s tough not to like her form.

Three-year-old filly Write The Rules has won two of her three starts, including a debut win on this track.

The daughter of Written Tycoon scored by 3.3 lengths on debut and got back to winning form at Kilcoy last time out.

She scored a narrow win on that occasion and carrying a light weight is going to see her run close again.