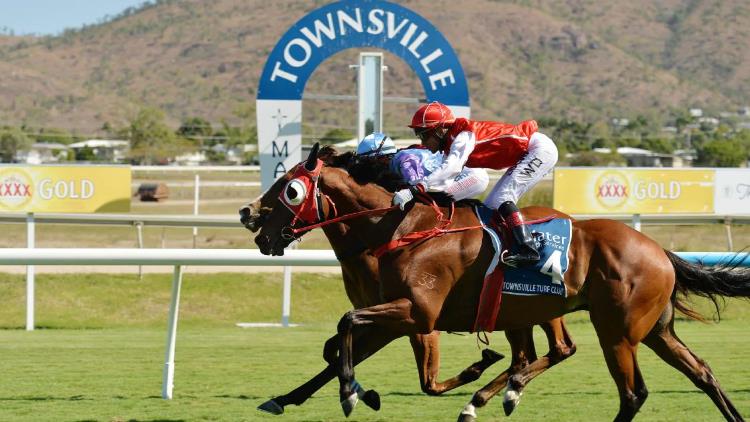 We have expert betting tips for the card this Wednesday at Townsville that features seven quality betting races.

Townsville hosts the Queensland races this Wednesday and there are some speedy types throughout the card.

Clever Hunter is unbeaten from two starts and he could remain unbeaten here.

He scored on debut by a length before scoring an easy three-length win on this track last time out.

Both runs have shown off his turn-of-foot in the straight and he appears to be a smart two-year-old on the rise.

The Georgina Bourke-trained gelding is knocking on the door of a win after posting five consecutive placings.

He owns three wins from 35 starts but also boasts a record of 11 second placings and five third placings.

He’s an extremely consistent type that should have the class edge over this field and punters could lock in value odds.

It’s only a matter of time before Horora Bel breaks through for his maiden win after posting three second placings.

The Alby Molino-trained gelding finished a length behind the winner last start and the form out of that race should hold up nicely.

He gets a great run off the inside draw and we’re not expecting bookmakers to be offering big odds, but take the shorts on offer.

Michael Jokic lines up the six-year-old that is looking to turn around some poor form this season.

He hasn’t done much in two runs back from a spell but he was a four-time winner last campaign and deserves respect on that.

Punters will get generous odds from bookmakers and he’s good enough and experienced enough to receive another chance.

Outpatient has been consistent since making his debut. He owns two wins and five placings from seven starts, so is yet to miss a win or placing.

The Burke-trained four-year-old scored back-to-back wins earlier this season before being beaten as the $1.67 favourite last start.

It wasn’t a bad run and he should be able to get back to winning form this Wednesday.

Zamex looked a nice type on the rise when winning in Sydney but has since taken a backwards step.

However, the six-year-old owns winning claims in this grade and if he can’t find form now, it might be time to give up.

He draws well in barrier seven and with only 56.5kg on his back, he should be fighting out the finish in an even race.

Tiger Can needs to navigate the wide draw but the gelding has shown enough ability to date.

Prior to that he tried his hand in town at Eagle Farm and Doomben. He was outclassed there but returning to Townsville should see that form improve.

Punters could get each-way odds in the last.