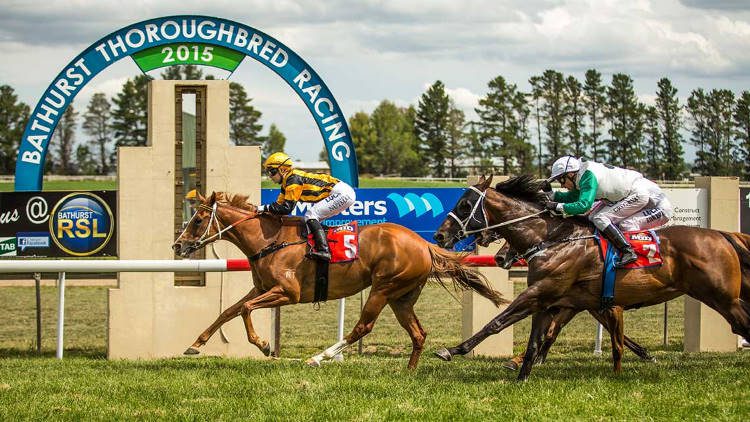 We have expert betting tips for the cards this Tuesday at Bathurst and Kilmore.

The three-year-old filly was only 1.3 lengths behind the winner and getting the inside draw with a light weight is ideal.

This is her best chance to break through and score her maiden victory.

Carolina Fire hasn’t made a bad start to her career with eight starts for one win and two minor placings.

The Curtis-trained daughter of Dundeel didn’t fire at Warwick Farm last start, but she was much better when running second at Hawkesbury.

It’s not an overly impressive field, so she should be able to take advantage at each-way odds.

The Scotsman is an experienced campaigner who owns six wins and 15 placings from 41 starts.

His form this season has been excellent with two wins and four placings from his last six starts, so he’s running as well as ever.

He gets a valuable 4kg off his back and punters have backed him in early markets, which is a good sign.

Mark Newnham lines up the three-year-old filly who is shooting for her third consecutive victory.

The daughter of Shalaa scored narrowly to break maiden grades before winning on a heavy surface at Nowra. Conditions won’t be too different here, so she should enjoy the moisture.

With 55kg on her back, we can’t overlook her chances.

Lady Hampton is knocking on the door after two second placings from two starts, hence the short odds available.

The three-year-old filly ran second at Mornington on debut before almost getting the chocolates at Pakenham behind Tricology.

$1.95 is a fair price given the quality of this field and she should go close.

Team Hayes lines up the three-year-old filly who should have won her maiden by now.

The daughter of Sebring has rattled off three consecutive placings at Wangaratta, Benalla and Sandown. The latest was a good run behind Tempest Charm and we expect that form to stack up nicely.

Drawing barrier five could tip the scales in her favour.

Foxy Gal is another runner who should have won by now, but she gets a good chance on Tuesday.

The three-year-old daughter of Foxwedge comes off a tidy third placing at Mornington and she should enjoy the rise in distance.

Early money has come for the favourite and she should do it justice.

Armed searches for consecutive wins at Kilmore after scoring by 1.8 lengths last time out.

The three-year-old daughter of American Pharoah was too good for them and we think a repeat could be on the cards.

Barrier two is ideal and punters should take the even-money quote before he firms.