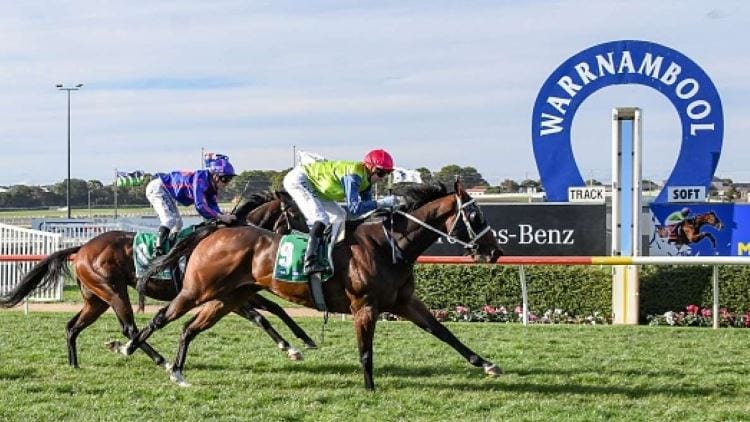 We have expert betting tips for the cards this Tuesday at Warrnambool and Cessnock.

Punters are getting good value throughout the card on Tuesday and we have our best value bets.

The five-year-old has been threatening to win a race of late and despite owning a poor record, he could fire up here.

He’s a son of Myboycharlie that owns good experience at Warrnambool and he was good enough to place here last start.

He has been primed with a trial and that bodes well.

The Symon Wilde-trained jumper fell at Sandown last start but he was travelling well before that happened.

He was a winner at Warrnambool by eight lengths prior to that, so that’s a much better form guide for this race.

$2.30 is a fair price from bookmakers and we’re expecting a tidy effort.

Inayforhay stormed home to win at Warrnambool last start and he looks the class runner of this very small field.

The Paul Preusker-trained gelding showed good form on that flat before trying his hand over jumps. It was a good decision as he looks to have a nice future.

He looks good enough to hold off the likes of Scholarly and Longclaw.

It wasn’t a flash run from Bakery Hill last start, but it was a flat race over 3600m. He failed to make any ground but he’s a better betting proposition over the hurdles.

He finished second behind Scholarly two starts back at Warrnambool and that’s going to be a good form guide for this race.

Expect a better run and there’s value with the odds.

Ginny Ann is in good hands and after a run of outs, she could win her second race. The Wilde-trained filly finished second at Stawell last start and she gets conditions to suit here.

Her only career win came at Warrnambool when scoring by 2.5 lengths on debut. Her form since has come against some smart fields and this is easier.

We don’t think her current odds will hold for very long.

Before heading for a spell, Our Wind Spirit won his last two starts. The former New Zealand runner ran third on debut at Te Aroha before coming to Australia and winning twice.

Both wins came at Ballarat and his most recent was a tough effort to score by a nose. He hits the ground running and that bodes well for this run.

Money has come for the Kris Lees-trained gelding that finished third on debut at Scone. It was a solid effort and facing an easier field should help his chances.

He’s a son of Toronado, which are running very well this season, and he could add to the winners list.

Zem Factor won a good form race last start and although it only came at Parkes, it was a hotly-contested affair.

The three-year-old filly has now won two of her five starts and she looks to have enough ability to win many more.

It’s only a matter of time before the five-year-old wins again and he put the writing on the wall last time out.

The Patrick Webster-trained gelding has three wins from 13 starts, including a win at Gosford last campaign.

He has form around smart types and he should be too good for them here.