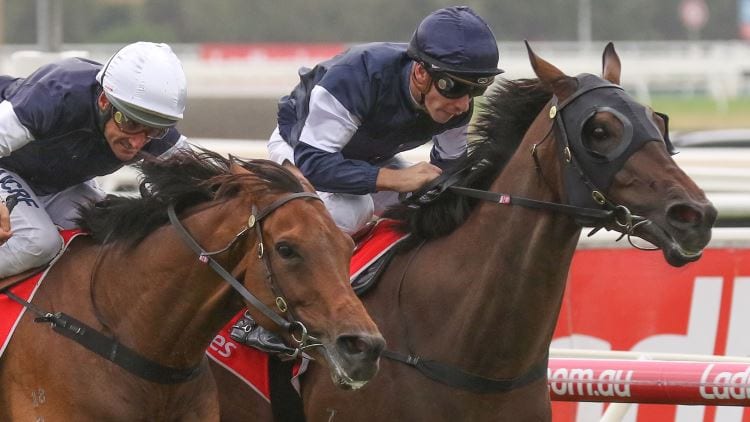 The Underwood Stakes is the only Group 1 held on a Sunday in Australia and it happens this week.

13 of Australia’s best middle-distance horses do battle at Caulfield and it’s going to be a great guide for the Melbourne Spring Carnival.

Can Homesman go back-to-back or can Hartnell turn back time and win?

Our best bets for the Underwood Stakes 2019

Hartnell is running in consistent form this season and that warrants attention.

The James Cummings-trained gelding has been right behind the winners this season and although he hasn’t won in some time, he won’t be scared of beating this field.

He’s the class runner in the field and he represents each-way value.

$34 is a good price for this experienced runner which could rebound after a poor showing last start.

The imported runner finished well down the track but he loves to run second-up with eight starts for five wins.

Expect a big turnaround in form.

Old and classy customer but he shouldn’t be racing, let alone at this level.

His best days are well behind him and he should have stayed retired when that decision was made last year.

Owning a Cox Plate placing behind Winx is a credit to Humidor’s class, but he’s a tough horse to follow.

Consistency is all over the shop with this former New Zealand runner and his two starts this time in have been average.

Has been steadily backed in the market but it’s tough to keep the faith.

Only typically races well in the Australian Cup and he has shown absolutely nothing in two runs back from a spell.

Long odds and rightfully so.

Owns good tactical speed but hasn’t shown it since winning at Group 1 level during the 2018 spring carnival.

Another runner which hasn’t shown much this season but expect slight improvent. However, it won’t be enough to take this out.

Caused an almighty upset when beating Mystic Journey in the Makybe Diva Stakes last start, but can he kick on with it?

We’re thinking it was a flash-in-the-pan effort and we can’t be taking the $4.80 on offer. That’s too short for our liking and we might have been interested at $10.

Lovely staying type which showed them a clean pair of heels when scoring at Moonee Valley last start.

The 2.5-length win was his fifth from 14 career starts and he has finished out of the money in only four starts.

He’s warming up nicely for the Caulfield Cup and he’s our clear top pick for the Underwood Stakes.

Had supporters fresh up but really disappointed when running down the track. The five-year-old scored a huge win when first arriving in Australia but has been fair since.

He could be tough to follow this campaign as he has the class to win but isn’t the soundest horse in the field.

Watch for any late betting movement.

Looks to be outclassed based on his two Australian runs. The Waller-trained import didn’t make much ground last start and he might be better to follow over the longer distance.

We would need longer odds to suggest backing him.

Backed and beaten in a much easier race last time out at Caulfield.

Gets into this race horribly on the weights at 59kg and he’s likely to struggle.

Strong money coming for the Kiwi runner but we’re not sure how well his form stacks up across the Tasman.

He ran solidly for fifth at The Valley last start and Caulfield should suit better, but his win at Randwick hasn’t stacked up very well.

That came over Dealmaker, which hasn’t won a race in forever.

Too short in the market for our liking.

Proven performer at the highest level and although fair its last couple, she could improve nicely for this.

Likely to settle off the pace and come with one big run at them. Chance if they go quickly up front.