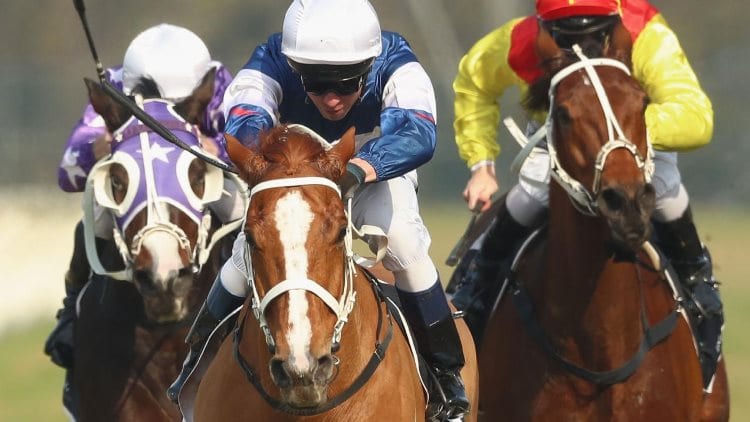 We have expert betting tips for the cracking card this Wednesday at Warwick Farm.

Punters love betting on the midweek action in Sydney and with seven quality races on the card, there’s plenty of value on offer this week.

Peter and Paul Snowden line up the two-year-old filly which ran an improved second placing at Canterbury last start.

The daughter of Lonhro is a nicely-bred type which ran fifth on debut but was always going to improve with more racing under the belt.

Drawing barrier eight makes it tough but this is a winnable maiden.

The Tim Martin-trained three-year-old has had two starts for two second placings.

He’s a promising gelding which ran second behind Vegadaze on debut and that form has been franked nicely. He was good when second again last start and he could make a winning return from a spell.

There’s not much between many in this field but he should represent each-way claims and Robbie Dolan takes some weight off his back.

Didn’t show much on debut but ran a much-improved race when running second at Warwick Farm last time out.

That came behind Minted when she made good ground from the back and that’s an encouraging sign going forward.

She’s by Fastnet Rock and rising from 1050m to 1200m is ideal. She will likely get back in the run again and produce a big effort late.

That was a grinding victory for Sedgemoor last start but he got the job done and could kick on with it now.

The James Cummings-trained three-year-old scored a narrow in over Milunka last start and that form has since been franked at the midweek level.

He looks a type that will likely rise through the grades and with the inside draw on offer here, expect bookmakers to have him short in the betting.

Embracer cost punters plenty two back when finishing second at odds of $1.09, but got it back when winning last time out.

The Waterhouse/Bott-trained colt scored at better odds of $1.90 last start at Warwick Farm when he did everything right during the run.

He’s going to get every chance off the inside barrier for this and although punters will have to take short odds once again, he could be the best thing of the day.

We are a little concerned about Raqeeq being scratched from racing last Saturday but he’s found a much easier race here.

The Chris Waller-trained five-year-old has been luckless so far this season but was rattling home when finishing third behind Wolfe last start.

He’s only a three-time winner so punters will need to take him on faith, but this distance is ideal and if he doesn’t get stuck in traffic, he should be good enough to finish over the top of them.

Another runner for Chris Waller, Aperitif is searching for easier racing after running in benchmark 78 and age-group grades this season.

After winning at Canterbury in January, the three-year-old then took on some tough company but couldn’t quite muster up to that level.

She’s going to enjoy dropping to this grade and she might go under the radar here, despite Blake Shinn being in the saddle.