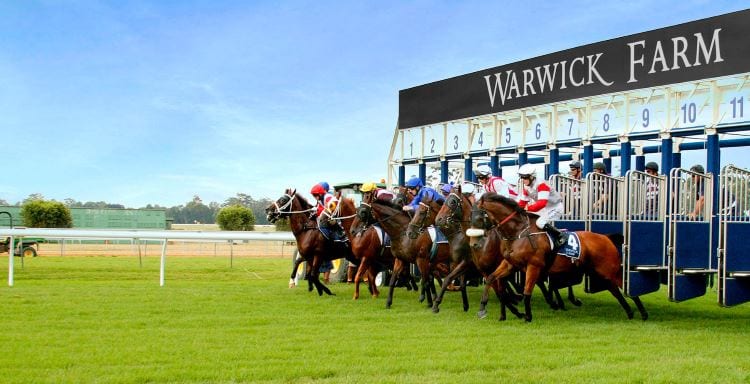 Warwick Farm continues its midweek meetings and we have free expert tips and form for every race.

There’s seven quality races to bet on this week and there are some enterprising thoroughbreds in action.

James Cummings lines up the three-year-old gelding which has run consecutive second placings to date.

The son of Bernardini ran second on debut at Kembla Grange before running only a nose behind the winner at Canterbury.

That came after he posted a three-length trial win at Randwick and that form should stack up nicely for this.

Chris Waller lines up the debutante which has been given two soft trials coming into this.

The two-year-old colt by Charm Spirit finished third in a recent trial at Rosehill and Waller never gives them a hard time of it.

James McDonald is riding a Godolphin runner but fellow Kiwi Jason Collett is a more than capable rider to have in the saddle.

Nice chance in what should be an even market.

Milunka had two starts last preparation for two placings. The Waller-trained three-year-old finished second at Canterbury behind Plenty and then ran third behind Call Me Royal.

Both efforts were full of quality and she’s going to have benefitted from the experience.

There is a few nice types in this race so punters might get each-way odds, which should be taken.

John Sargent lines up the four-year-old mare which has rattled off three wins on the bounce.

Her most recent win came at Scone against a quality field and her turn-of-foot in the straight was impressive. She settled worse than midfield and came home with a wet sail.

Drawing barrier 10 could make it a touch difficult, but she’ll likely settle back and come home well again.

Looking to remain unbeaten from four starts, Bergen has looked rather impressive to date.

The John O’Shea-trained three-year-old scored by 1.3 lengths at Warwick Farm last start and that came against a solid field.

He rises up only to BM68 grade, which explains the big weight given. The 62kg is lessened by the apprentice claim from Robbie Dolan.

He’s an exciting type and we’re expecting plenty of money to come for him.

The three-year-old gelding has underperformed to date, winning just one from eight starts but he has a good chance here.

He has always shown good ability but struggles to finish off his races. He gets a good chance against an easier field here but he will have to contend with a wide barrier.

It’s good to see James McDonald in the saddle and we’re expecting McDonald to settle him midfield and come with a late run.

England returned from a spell in fine form last start when winning at Scone by 1.5 lengths.

The Waller-trained three-year-old is a son of Fastnet Rock and there was a stack of money for him last start when he paid $1.50.

He took on some tough opposition during his first campaign and that included some types that would muster against this level of opposition.

Right in this with a good ride from McDonald.