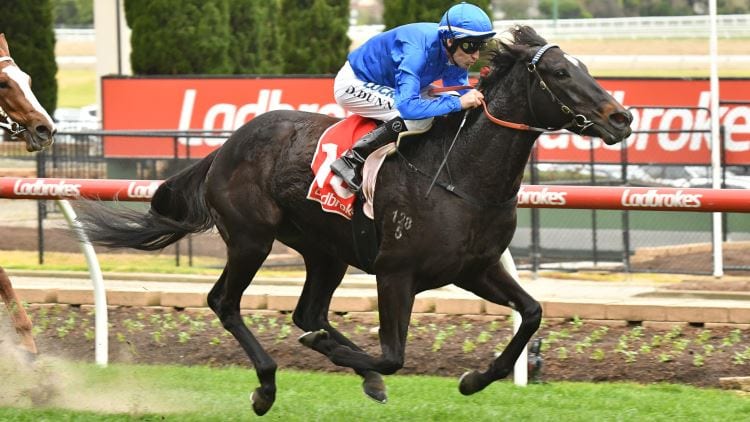 We have expert betting tips for the card this Monday at Warwick Farm, which features eight quality betting races.

It’s Labour Day in Sydney and that means quality racing on offer for punters, following a big weekend of sport and racing.

Kris Lees lines up the three-year-old filly which comes into this having posted an impressive victory.

She broke maiden grades at Wyong when scoring by just under a length and her form prior to that was arguably more impressive.

Her second placing behind Libertini at Scone was top class and that form has been franked at the highest level since.

Top chance here and punters are getting good odds.

Relucent has been close up in all four career starts and the extra distance looks ideal here.

The Chris Waller-trained gelding made up a stack of ground at Canterbury last start after getting too far back in the run.

To finish third behind stablemate Lewis was a good effort and although there’s some depth to this race, he should be able to handle it.

$3 has remained steady in the betting.

Into The Abyss might be only a one-win mare, but she has faced some classy types throughout her career and this is easier.

The John Thompson-trained four-year-old has been in the money in five of her 15 starts. Her win came early in her career but she has finished behind the likes of Avantage, Con Te Partiro and Mizzy this year.

That’s group racing form and although carrying a big weight, drawing the inside barrier should ensure a good run throughout.

Punters are getting nice odds with Angel of Heaven, which ran nicely for third when fresh up this season.

The Lees-trained four-year-old is only going to get better with more distance, being by Redoute’s Choice x. Lights of Heaven.

She’s a three-time winner from only nine starts and having Nash Rawiller in the saddle off the inside draw makes her tough to beat.

Each-way odds on offer and they could shorten.

This is a tricky race to work out with only five runners, but there’s little doubting the ability of Multaja.

The James Cummings-trained sprinter is a professional winner of five from 13 starts and she owns wins over some slick fields.

Running over 1000m isn’t ideal, but she should be settling close to the pace in the small field and she could run over the top of them.

It’s a worry if it becomes a tactical affair but 1000m races are typically run helter skelter.

Team Hawkes lines up the four-year-old gelding which has been knocking on the door for awhile now.

The four-year-old has rattled off six consecutive placings and although only a one-race winner, he has been in the money in eight of his 10 starts.

That was a tough race he faced last start when running third behind Junipal and it should stack up nicely in this grade.

Big weight but he has the class edge over this field.

The four-year-old looks a good chance here after running behind the likes of Fun Fact and Wolfe in recent times.

It’s certainly a drop in grade for the Snowden-trained runner and he hasn’t done too much wrong throughout his career.

He scored back-to-back wins during his first preparation and then took on some tough opposition since.

Easier here and punters are getting nice odds.

Sakura hasn’t done too much wrong throughout her career, which includes seven starts for two wins and three placings.

The Cummings-trained four-year-old went very close when second by a nose at Hawkesbury last start and she looks well-placed to win here.

She will need some luck from the draw, but James McDonald takes the ride and he has hit top gear this season.