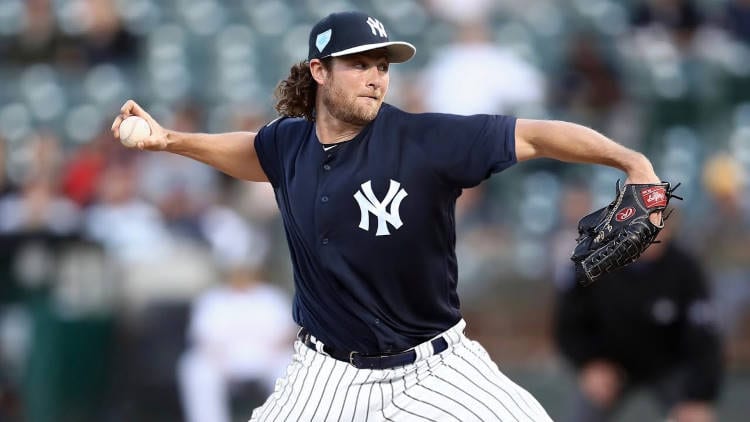 The Major League Baseball season is back and the condensed schedule means every game is important.

Opening Day sees four teams do battle and it doesn’t get much better than the two games we have betting tips for.

The Yankees vs. Nationals and Giants vs. Dodgers are set to excite and we look at the likely winners of both MLB Opening Day games. Here are our MLB betting tips!

Two gun pitchers do battle to open the season as Gerritt Cole (Yankees) and Max Scherzer (Nationals) do battle on the mount.

Cole, a former pitcher for the Pittsburgh Pirates and Houston Astros, takes the mount for the Yankees and he will significantly strengthen up the Yankees pitching lineup.

It has been shaky in recent seasons but Cole brings in a 20-5 record last season and he is a quality starting pitcher. However, on the other side is Max Scherzer, who is arguable the most accomplished pitcher in the league.

Scherzer went 11-7 with an ERA of 2.92 last season. It wasn’t his best year but he led the Nationals to the title and that should give them confidence.

It is hard to back up a winning year with another in MLB, but there is some confidence around this Nationals outfit this season.

With that being said, it’s tough to look past the hitting lineup of the Yankees. Aaron Judge, Gleyber Torres, and Giancarlo Stanton bring the power.

There are no weak spots in the Yankees’ lineup and if they come out firing, the Nationals could be in for a long night.

Bookmakers have the Yankees as $1.70 favourites in what is a close market. The Nationals are at $2.20 to win, which isn’t a bad price as the home team. However, there are no crowds, so playing at home doesn’t have as much relevance as it used to.

It should be a low-scoring affair with two quality pitchers on the mount. The current line is 7.5 and we’re leaning towards the Under 7.5 @ $1.90.

In the head-to-head market, go with the New York Yankees @ $1.70. They should be tough to beat and we can see the game going 4-2 in their favour.

We are expecting big things from the LA Dodgers this season and that includes an Opening Day win over the Giants.

It wasn’t a surprise to see the Dodgers open as short favourites and money continues to come for the 2020 World Series favourites.

They are currently $1.30 to win this game against the Giants and that head-to-head line could firm to around $1.20 on game day.

The Dodgers send out their ace pitcher, Clayton Kershaw, to face a Giants hitting lineup that doesn’t post too many threats. Kershaw has been a model of consistency throughout his career and if he gets through the first five innings with limited damage, expect the win to come.

The best time to get after Kershaw is in the first two innings. He can give up the long ball early but once he settles in, even getting a hit against him is tough.

Johnny Cueto goes to the mound for the Giants. Cueto is a former star pitcher, primarily for the Reds, but his form has tapered off a touch over the last few years.

He could give up only three or four runs but it might not be enough. The Dodgers pack a powerful hitting lineup, which has been bolstered by the addition of Mookie Betts in the offseason.

There isn’t much value in the head-to-head line for the Dodgers but punters can take the –1.5 runs @ $1.67. It presents punters with a touch more value and they should win this game comfortably.

The total runs market sees the line at eight runs. We are leaning towards the under, as the Giants won’t be scoring much and we can’t see the Dodgers scoring seven or eight runs by themselves.