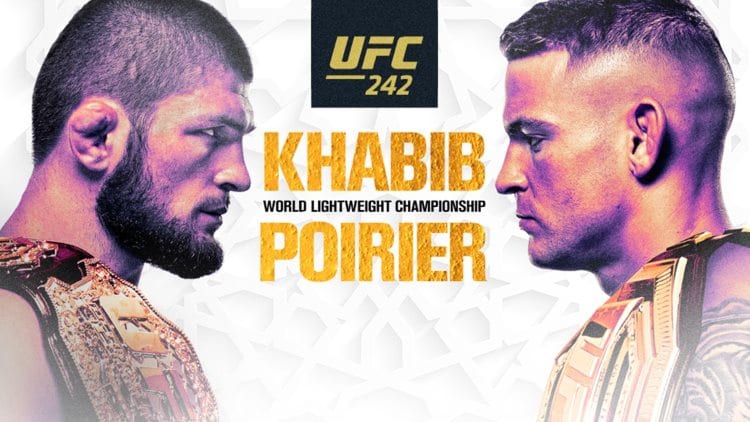 It’s exciting to see Nurmagomedov back in action, and against a very good opponent too as Poirier has been finally living up to his true potential during his recent run over the past couple of years.

While Khabib’s dominant wrestling is well documented, it is also worth noting that his striking has also improved over time and he’s shown himself to be comfortable trading with the likes of Al Iaquinta and Conor McGregor – even knocking down the latter with a punch.

That being said, his stand-up game is far from perfect and so the Russian ace is still strategic about when he chooses to implement it, and so he tends to wear down opponents with wrestling and maul them on the mat, taking the sting out of their strikes for when he does opt to engage on the feet later in the fight.

That would be a wise strategy to implement here as Poirier is an excellent striker who puts together potent combinations, pushes a fast pace and puts together a high overall volume of strikes with good stopping power.

Poirier is also a dynamic action fighter who smoothly transitions between striking and mat work, showing good scrambles and submissions, and can operate at a high pace for the full five rounds.

However, while he’s certainly no slouch as far as wrestling goes, it is the weaker aspect of his well-rounded game and that’s troubling against the best of the best in that department.

Gas tank wise Poirier might stay a threat longer than some of Khabib’s other opponents, but his punishing ground and pound and stifling pressure will nonetheless still take it’s toll and ensure the Russian retains his title on the scorecards.

Barboza got the better of the first fight between these two back in 2015, though to be fair to him, Felder was still finding his feet in the UFC at that stage.

Fast forward to the present day and Barboza has had a bit of a rough time of it of late with three losses in his last four outings, including a first round KO defeat against Justin Gaethje last time out, while Felder has won four of his last fights.

This is going to be another high-level, hard-hitting striking match and one in which I still feel Barboza may have the sharper offensive weapons, particularly with his kicks and dynamic attacks, together with a significant speed advantage.

Felder’s overall MMA game has improved over time though and his clinch game could be an effective tool here, while he’s also very durable.

On the other hand Barboza’s chin may be deteriorating, but nevertheless I still feel he has the edge on the feet and will land the harder strikes here to claim a decision victory.

Two fighters who are at their best on the mat here, though for different reasons.

Makhachev is an excellent wrestler and sharpens his skills by training with Khabib, while Ramos is a Brazilian Jiu-Jitsu specialist, so the grappling exchanges would be fun to watch here.

On the feet Makhachev seems the more capable fighter here, though Ramos does stay somewhat active without being particularly effective.  However, for both the stand-up game is more often than not a means to an end while looking for opportunities to bring the fight to the floor.

It will be risky for Makhachev to take Ramos down given how effective he is off his back, but his pressure on top is stifling and could still snuff him out, while he may also use his wrestling defensively to keep this one on the feet and edge out the striking battle.

Either way I like Makhachev to emerge with a decision victory here.

Aside from running into a brick wall twice against Francis Ngannou, Blaydes has performed well in his MMA career so far and will fancy his chances of getting another win under his belt on Saturday night.

Abdurakhimov has been on a good run of late and certainly has some stopping power that he’ll look to test Blaydes chin with.

However, Blaydes striking is decent enough to hang with him for a while, although the reality is that he’s unlikely to be looking to showcase it much as it’s his wrestling game that’s his bread and butter and I can see him finding success with takedowns from early on in the fight and eventually securing a ground and pound stoppage in the final five minutes of the fight.

Visa issues has meant that Taisumov has often gone under the radar and been underappreciated in his UFC run so far.

That’s unfortunate as Taisumov has serious stopping power and has finished five of his eight UFC appearances to date with strikes.

Taisumov can be lethal on the counter and that could be a very important factor here as Ferreira is a ferocious competitor who will go all out on the attack, which more often than not works out well for him, but may well leave him vulnerable to being caught out by the more cold, calculating power puncher here.

However, Ferreira also has a strong ground game and that would be his best chance of success in this match-up if he tries to pursue it early and often against the striker.

Ferreira’s natural instinct is to push forward and be aggressive though and Taisumov doesn’t need many opportunities to make his impression felt so I favor him to find a TKO stoppage by the second round here.