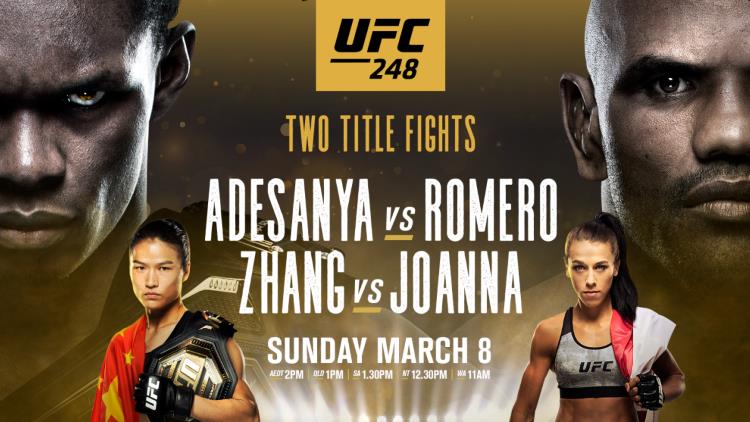 Romero may be 42 now and coming off two losses, but he’s still an athletic powerhouse who can produce knockouts out of nowhere, which gives this title fight a real chance of being a thriller.

Adesanya is an elite striker though with a 6” height and 6.5” reach advantage over Romero, while his strong kicking game will further enable him to establish his presence from range, while his timing and accuracy is impeccable and he has a wide variety of offensive attacks.

Adesanya can play a somewhat patient game when needed, but Romero is even more inclined to adopt that strategy, sometimes to the extent that he can appear rather inactive, but he is exceptionally fast and powerful when he does opt to engage, which can catch opponents completely off-guard.

Romero’s wrestling could be a key weapon if he chose to utilize it, but based on past performances that seems unlikely.  On the feet he can certainly catch Adesanya at any moment and it’s worth noting that though he’s undefeated in MMA he was knocked out in his final kickboxing bout, so he’s not invincible.

Nonetheless, Adesanya’s skill and experience standing together with his effective use of range makes him more likely to win rounds in this fight and if he can avoid the big KO punch he should emerge with a decision victory here.

Zhang has been an unstoppable force so far in the strawweight division so it’ll be intriguing to see how she matches up against Jedrzejczyk, who was once in a similar position.

Zhang is strong, aggressive, hits with power and is well-rounded, which makes her very difficult to beat, but she’s not met anyone with Jedrzejczyk’s level of technical ability so far.

Jedrzejczyk doesn’t hit with the same impact as Zhang, but she’s an excellent combination striker, is fast and clinical with her movement and counter attacks and has an excellent gas tank for the full five rounds – an area where the champion is as yet untested.

Zhang could look to use her wrestling, but takedown defense has been a strong point for Jedrzejczyk over the years.

It’s going to be very interesting to see how this one plays out.  Zhang’s strength and power could win out, but Jedrzejczyk’s skill level and title fight experience cannot be overlooked and I will take her to outstrike the Chinese star to win by decision.

A few years ago there were concerns about Dariush’s chin after a couple of tough KO losses, but with his strong grappling ability he’s since been able to bounce back with a trio of victories, including two by submission.

Klose is a grinding fighter, though he prefers to do so from the clinch rather than the mat, stifling his opponents for the full three rounds, and it’s been successful so far with just one loss in 13 career fights.

However, while Klose may have a physical advantage over Dariush, technically he’s not on the same level as a grappler and I can see him struggling to get his usual clinch work going and instead find himself getting taken down and then submitted sometime in the second half of the fight.

Jingliang is a good wrestler, but is also proven to be a marauder on the feet and along the way has racked up seven wins in his last eight fights.

Magny is far more cautious than his opponent on the feet and will be looking to keep him at bay with his huge 8.5 inch reach advantage, but he’s not a heavy hitter, so it’s going to be tough to discourage the aggressive onslaughts that are likely to be coming his way.

Magny is a wily veteran who has been fighting at a high level for a long time, but I think Jingliang’s pressure and power will eventually prove to be too much and lead to a third round TKO stoppage.

Both of these fighter’s backs are up against the wall at the moment,  with Oliveira having lost three bouts in a row, while Griffin has lost three of his last four in the Octagon.

Oliveira is the kind of all-action fighter the UFC brass likes though, so even another loss might not be enough to dislodge him from the roster, and he’ll have a relatively willing dance partner here in Griffin.

It should be a close fight and will likely ebb and flow for as long as it lasts, but ultimately I expect Oliviera to get off to a solid start on the feet with his early pressure and later show himself to be the better grappler of the two to edge out a close decision victory.