This is an intriguing main event, with Ivanov having been one of the best heavyweights never to have fought in the UFC for quite some time and will be a good test to show where former champ Dos Santos is at this stage in his career.

A former WSOF and PFL champion, Ivanov brings an impressive record to the Octagon, with just one loss in 18 fights, but there’s a big difference between wins over the likes of Lavar Johnson and Shawn Jordan compared to a former titleholder like JDS.

Still, Ivanov has a well-rounded game, with good striking and power, a judo and sambo background that offers him routes to get the fight to the floor and threaten with ground and pound and submissions when he gets there.

JDS is the better striker overall though, with excellent boxing for the division, knockout power and good movement, though his chin is suspect these days, and that will definitely be a concern here.

Dos Santos does also have good takedown defense though, and that may well limit Ivanov’s effectiveness in this match-up, so although I have some doubts about his punch resistance these days, I think his classier stand-up skills will lead him to a decision victory here.

After two wins in a row at lightweight, Northcutt has opted to move back up to welterweight, which will be better from a weight-cutting perspective, but is a concern given that he’s gone 0-2 at 170lbs to date in the UFC.

At 22-year-sold Northcutt is still very much a work in progress and though he shows promise on the feet, he makes a lot of mistakes on the ground that can be capitalized on by more experienced fighters with a more developed skill-set.

Ottow has only gone 3-2 in his own UFC run so far, but is the older, more experienced fighter and has the more consistent pedigree at welterweight.  He’s also fairly well-rounded and is particularly dangerous on the mat with submissions, which could be significant here.

Northcutt is still at an age where he’s making improvements from fight to fight, but so far he’s not done anything too earth-shattering in the UFC despite all the hype the promotion has afforded him, and is generally in close contests despite his carefully picked opponents.

I think this could prove to be another close encounter, but I think Ottow will prove to have the edge and will take advantage of Northcutt’s defensive holes on the mat to secure a late submission victory.

Bermudez will be looking for his first win in four fights when he goes up against Glenn, who saw a two-fight winning streak snapped by Myles Jury last time out.

Bermudez works at a high tempo and is likely to put pressure on Glenn while looking for takedown attempts.  He’s a strong wrestler, but will have to watch for the much taller, rangier Glenn catching him with counters or working into the clinch where he is effective with strikes.

On the mat I do think Bermudez will have a good chance to control Glenn and though he’s been vulnerable to getting submitted in the past I don’t think that will be too much of an issue here.

Glenn’s offense could pose some problems for Bermudez, but with his back against the wall after recent results I think he’ll focus doggedly on his wrestling and emerge victorious on the scorecards.

Brown and Price are two fighters at a relatively similar spot in their careers heading into this welterweight fight, and it should turn out to be a close fight.

Both fighters are dangerous on the feet, but Brown will enjoy a 3” height and 2” reach advantage over Price and is more likely to want to keep the fight standing.

Price has a more varied approach and is more likely to be looking for the takedown or capitalizing on hurting his opponent, and it’s on the mat I think he can be most effective as he will hunt for submission opportunities.

I think he might just be able to lock one in to emerge with a stoppage victory midway through an otherwise competitive match-up.

After a whopping two-and-a-half years out of action, Chad Mendes has finally served a USADA suspension and returns in a tough match-up against a talented fighter in Myles Jury.

Ring rust will surely be something of a factor for Mendes in this fight, not to mention the fact that even before his layoff he was coming off back-to-back stoppage losses, the last being a brutal first round KO against Frankie Edgar.

With that in mind he might be looking to fall back on his wrestling base in this fight, and he should still be dangerous in that regard if he can get Jury to the mat.

Jury is a very good striker though and he’s going to be enjoying a 5” height and 7” reach advantage over Mendes here, which bodes well as he looks to use his range to keep the wrestler at bay.

If Mendes does show signs of ring rust then Jury could have a real chance here, picking the returning star off from range, but wrestling is so ingrained in Mendes that I think he’ll be able to lean heavily on that to get him through here, grinding out a decision win.

The last few years have been tough for Zingano, who has only fought three times in the last three years and has lost each time, and she’s now going up against an in-form Reneau, who will be high on confidence after defeating another former title contender Sara McMann last time out.

Despite her age the 41-year-old Reneau has yet to start deteriorating and instead is actually improving and will be active on the feet, while also offering a threat from submissions, though transitioning between the two aspects is not her forte.

Zingano can striker, but she’s the one more likely to aggressively push for takedowns and I’d expect her to be the stronger fighter here if she can work her way into grappling exchanges.

This isn’t an easy fight for Zingano to get back to winning ways, but I do feel she still has more to offer despite the disappointment of the past few years and I’ll take her to use her grappling advantage to come out on top here by decision. 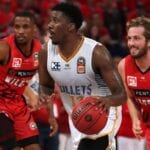 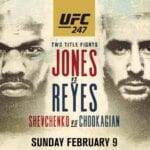 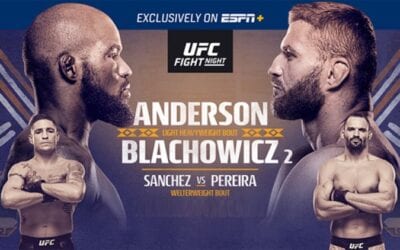