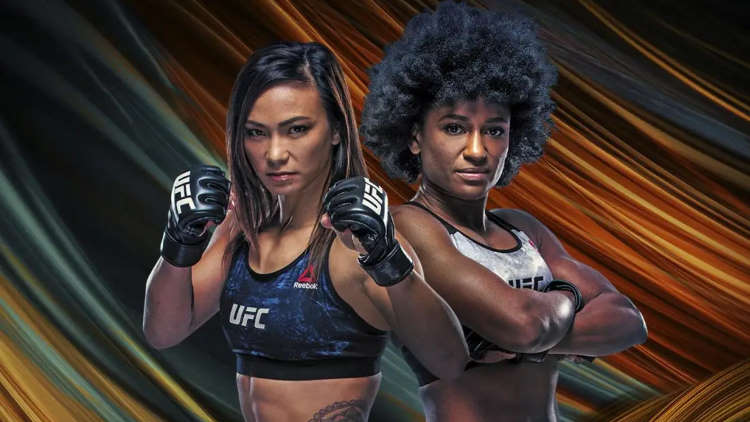 Coming off back-to-back losses, Waterson will now try to get back in the win column in the main event against Hill, who had a three-fight winning run broken by Claudia Gadelha last time out, albeit only by split decision.

This wasn’t the originally scheduled main event, but its an intriguingly balanced one. Hill has always shown promise and on the feet she matches up quite nicely against Waterson as she’s the more active fighter, keeping a good pace with a high volume of strikes and good distance management.

Waterson is a technically sound striker with nice kicks and she’ll welcome the fact that she matches up well size-wise with Hill, but she tends to like to pick her moments to strike rather than keeping a high-output approach, which can work for her at times, but against someone with Hill’s activity rate could lead to her lagging behind over the course of five rounds.

What Waterson also has though is a good ground game and that’s likely to be her best route to victory here and perhaps the only chance we’ll see a finish in this match-up, but Hill won’t be easy to get down and can handle herself well, so I feel this could be an opportunity for Hill to set the pace from the outset and outstrike Waterson to get her biggest win to date.

This should be a fun co-main event between two fighters with proven finishing records, including Worthy having picked up a TKO and submission win during his first two bouts in the Octagon, while Azaitar registered a KO in his UFC debut and has an unbeaten 12-0 record overall.

Both men are clearly heavy-hitters, but Worthy will also have the advantage of being 3″ taller and have a 3″ reach differential in his favor too. However, he is hittable and earlier in his career he’s suffered five losses due to strikes, though over the past two years he’s been on a seven-fight winning streak.

In all fairness, Azaitar is no stranger to eating big shots too, but so far has shown he’s able to recover and get back into the fight.

Azaitar loads up more on his punches, so Worthy could punish him with his sharper offense, but though he’s hit the ground running in his UFC fights so far, I still have concerns about how ‘The Deathstar’s’ chin will hold up against a heavy hitter like Azaitar and so I’m going to take the ‘Bulldozer’ to find a first round KO finish here.

This is a rematch, with these two last having fought back in 2014 when they were competing for Invicta FC, with Modafferi emerging with a split decision victory on that occasion.

It’s worth keeping in mind though that this was only ‘KGB’ Lee’s third pro-fight, while Modafferi was already a long-established veteran by that stage.

Lee has undoubtedly improved since then, and though she has lost her last two fights to end a seven-fight winning streak, both defeats came via split decision and one of those should really have gone her way.

Lee is certainly the more athletic fighter her and though Modafferi’s striking has improved a bit, ‘KGB’ should still have a very significant advantage in that department and will trouble her opponent with her offensive volume and versatility.

Modafferi had a crafty ground game though, is surprisingly tough and years of experience have helped her make up for her athletic deficiencies.

However, Lee is comfortable enough on the mat that she won’t be overwhelmed, and if she can avoid getting stuck in a grappling battle for too long then her superior striking should enable her to pick apart Modafferi and emerge with a solid decision victory here.

The 39-year-old Herman deserves respect for not only sticking around as long as he has in the UFC, but also racking up some nice wins along the way and heading into this fight with back-to-back victories under his belt, despite never being much of an athlete and having a workmanlike set of skills.

Herman’s had a run of bad luck with bouts falling through in recent weeks and now finds himself going up against late replacement Rodriguez, who racked up a first round KO finish just a couple of weeks ago and is getting straight back into action again.

Rodriguez might be somewhat jokingly nicknamed ‘Slow’, but Herman is definitely the more plodding striker of the two here. ‘Short Fuse’ is a tough customer though and while he eats a lot of punches he’s more than willing to return the favor and look to win a war of attrition, but really he’s at his best pressuring and roughing up his opponents at close range, in the clinch or on the mat.

Rodriguez will have the benefit of being 2.5″ taller here and have a significant 5″ reach advantage too. He has good power and is dangerous with his knees and elbows as much as his punches, but he doesn’t offer up a particular high output of strikes and his mat work isn’t anything to write home about.

You can never be confident picking Herman because he’s getting up in years now and has lost a significant amount of fights in recent years, but he’s still a wily old veteran and I can see him eating some strikes early in the fight, but getting up close and personal with Rodriguez and wearing him down in the clinch and with his better wrestling to grind out a decision victory here.

Quarantillo tested positive for Covid-19 back in June, but was asymptomatic, so hopefully it won’t have an effect on his performance on Saturday night as he’s been on a good run of form of late, having racked up seven wins in a row, including two since joining the UFC late last year.

On the other hand, Nelson lost his first two fights in the UFC, but has since rebounded with a swift TKO victory over Marco Polo Reyes a year ago. Reyes has been stopped by strikes four times in his last five UFC outings though, which takes a little of the shine off his win.

Truth be told it’s difficult to see where Nelson would have an advantage in this match-up as though he has skills in most areas and good punching power, Quarantillo does too, but is operating at a higher level overall and has momentum on his side too, so I like his chances of emerging with a TKO stoppage here within the first couple of rounds.

🤑 Who should you bet with for UFC Fight Night: Waterson vs. Hill?

Our top rated and recommended bookmaker for UFC Fight Night: Waterson vs. Hill is Sportsbet – JOIN HERE. Other top rated bookmakers include PlayUp, and SportsBetting.

💰 What are the best bets for UFC Fight Night: Waterson vs. Hill?

To find out our best bets for the full UFC Fight Night: Waterson vs. Hill fight card, read our latest UFC previews and betting tips!

📺 How can I watch UFC Fight Night: Waterson vs. Hill in Australia?

👊 Which fights are on the card for UFC Fight Night: Waterson vs. Hill?

Read our UFC Fight Night: Waterson vs. Hill preview and bettings tips to find out all the fights and best bets on the card! 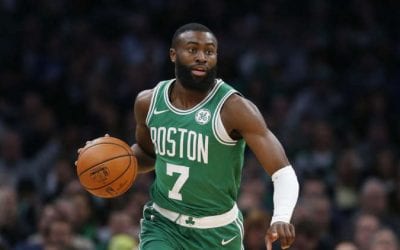 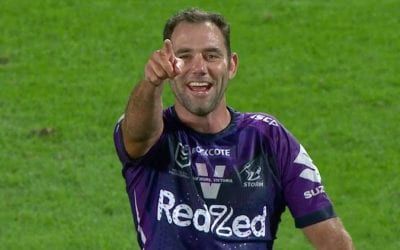