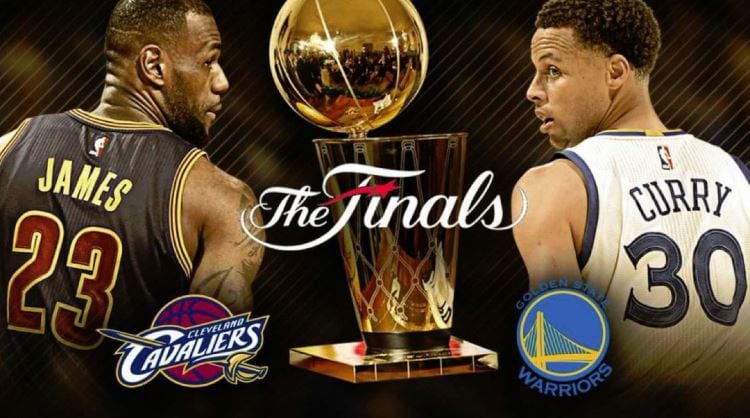 Game 2 went as expected with the Golden State Warriors establishing a significant 2-0 lead in the NBA Finals.

Don’t expect Game 3 to go in similar fashion, however, as the Cleveland Cavaliers are a good home side and they should show more fight than they did in Oakland.

The pressure is firmly on the Cavaliers to win the next two games otherwise this series is all but over. The question is whether LeBron James can sustain his historic play or if the Warriors’ spread offense is just too much for the Cavs’ to handle.

These questions will be asked on Thursday afternoon and we have free tips for the all-important Game 3 of the NBA Finals.

The Cleveland Cavaliers won 29 games at home throughout the regular season and dropped only 12, which is an identical away record for the Warriors.

Quicken Loans Arena is a tough place to play and punters shouldn’t underestimate how tough to is to pick up a win on Cleveland’s floor.

With James averaging 27.5 points this season with over 54 percent of field goals made, he has led his team to this point and he’s not about to give up on the chance of a fourth NBA title.

He needed more than 51 points to win Game 1 in Oakland and scoring in the twenties in Game 2 wasn’t going to get the job done. Despite his greatness, he’ll need to light up the scoreboard at home to have a chance of holding off the potent Warriors.

Some help from his supporting cast would also go a long way, but LeBron needs to take hold of this game and not pass up opportunities to his clearly inferior teammates. We’re not sure getting the likes of Kevin Love and JR Smith early touches is worth it, as both are notorious for disappearing in the second half.

James needs to establish an early rhythm which will benefit himself and the Cavaliers later in the game.

Of course, it’s not all about James. The Golden State Warriors are running hot and now that Stephen Curry has found his zone, this series could be over for Cleveland.

Curry has had an injury-plagued season but he was back to his brilliant best in Game 2, when dropping a finals record nine three-pointers.

That gives the likes of Kevin Durant and Draymond Green more freedom inside the paint as the defence has to stretch out and cover the three-point line.

If the Cavs’ defence falls asleep, as they’re prone to, then this will be a comfortable win for the Warriors but we’re not expecting them to go down quietly.

Bookmakers have the Cavaliers as the $2.56 underdogs, which is a fair price but it’s one worth taking. Back on their home floor, we’re expecting a big effort from the Cavaliers and we can see this series going at least five games.

This could be an historic night for the best current player in the NBA and there’s some good value in the betting markets.

We think James is in for a big scoring night and Sportsbet is offering great money for him to score 40 points or more.

$3.30 (BET NOW) is on offer for James to score 40+ and although that seems tough to do, he scored 51 in Game 1 and when there’s a lack of scoring options in your team, it’s not a tough feat to pull off.

Another good betting option is for LeBron to score a double-double and the Cav’s win. This pays $3.50 with Sportsbet (BET NOW), which gives punters a touch better value than their current head-to-head price.